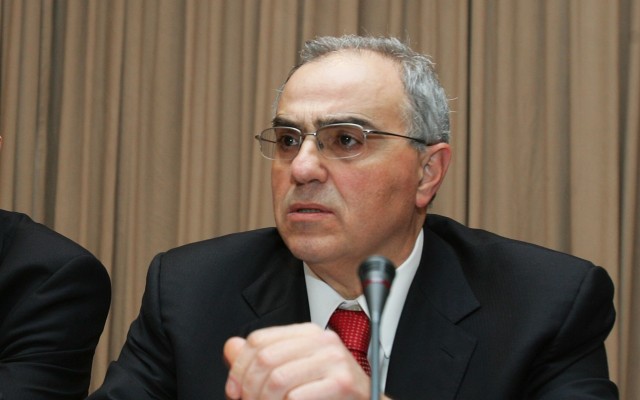 The leadership of the Hellenic Bank Association on Wednesday visited the President of the Republic Prokopis Pavlopoulos to discuss developments in the Greek banking system. During the meeting, the presidency of the Association thanked the president for his expressed opinion that Greece’s position in the hard core of the European Union and the Eurozone was non-negotiable, a position that the president repeated during Wednesday’s meeting. 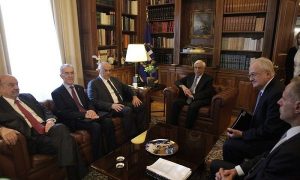 Speaking to reporters after the meeting, the head of the association Nikolaos Karamouzis said that the banking sector has stabilised and that there were clear signs of improvement.

The meeting focused on the recovery signs of the Greek banking system and the serious challenges it faces. A return of the country to growth is the most significant parameter to restore normality and to deal with the big challenges facing the country: public debt, employment, poverty and non-performing loans.

In an announcement, Hellenic Bank Association said that the country now needs a rapid conclusion of negotiations with the country’s creditors and a sustainable restructuring of the public debt, in order to overcome uncertainties and risks and create a favorable investment and economic climate. Despite difficulties, the banking sector has stabilized, showing clear evidence of improvement in all sectors. Banks returned to profitability after seven years, maintaining high capital adequacy rates – among the strongest in Eurozone – liquidity conditions improved with increasing access to international markets, deposits gradually returned, the outstanding amount of non-performing loans stabilized and signs of a gradual reduction were evident, the Association said.

It noted that in the current period, restoring confidence in the Greek economy and the domestic banking system was vital to gradually kick-staring the investment process, attracting foreign investments, restoring good liquidity conditions and returning the economy to high growth rates. The Association pledged to do everything in its power to contribute in this direction and to cooperate with all employer unions and the state to achieve national goals and priorities.