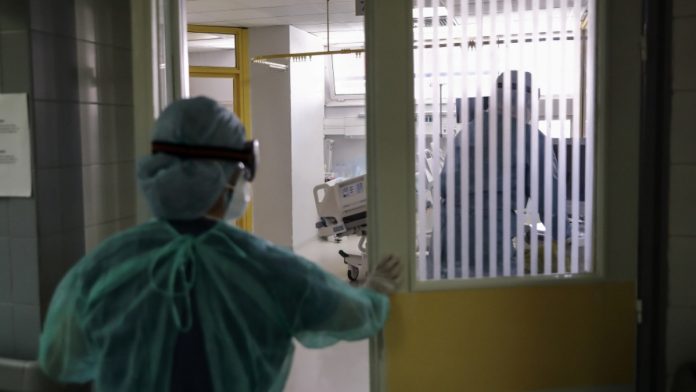 Observing restrictive safety measures should not be pursued out of fear for fines, but because it is the obvious action for the protection of human lives and everyone’s fellow citizens, Minister for Civil Protection & Crisis Management Nikos Hardalias pointed out at Monday’s live briefing on the pandemic’s course in the country.

Police have so far conducted some 189,710 inspections for observance of safety measures, registering 4,963 violations nationwide, which brought along fines totaling 1,129,850 euros in fines; 13 businesses were also fined with a 15-day closure.

Concerning the upcoming Christmas festive season, Hardalias said it will be “different compared to previous years,” and he added that home visits to friends and family are not allowed while restrictive measures stand.

Asked of his thoughts on the greater decrease in the number of new infections in Attica than in Thessaloniki, Hardalias replied that, to a certain extent, citizens in northern Greece might not have observed safety restrictions as diligently as people in the Attica region; he did say, however, that the coronavirus is transmitted in the same way everywhere. Also, the rapid rise of infections in Thessaloniki might have propelled Athenians into keeping up with measures in a stricter manner, he concluded.

Intensive care units in hospitals across the country are almost 87 pct occupied, while the weekly number of coronavirus hospitalizations in the last week averaged 410, said Deputy Health Minister Vassilis Kontozamanis at the briefing.

Concerning the coronavirus vaccines, the minister noted that some 14 special refrigerated storage units will house Greece’s vaccines at -70 degrees Celsius, of which 7 have already arrived in the country; these will be later distributed to key locations in Greece for the supply of regional vaccination centers.

A legislation pertaining to the pricing of the coronavirus vaccines will be tabled in parliament in coming days, he highlighted.

The vaccines will become available in Greece when the licensing process has been completed by the European Medicines Agency. Vaccination against the coronavirus will not be obligatory, stressed the minister, and citizens will not be able to choose an alternative vaccine, he clarified.

The coronavirus dispersal factor RT has dropped below 1 in Greece, observed professor Vana Papaevangelou during the televised presser.

It is apparent, she said, that not absolutely everyone observed the restrictions imposed from the start of the general lockdown, which began early November; despite this, the health ministry’s committee of medical experts will discuss all the relevant information and maybe propose the partial lifting of some of the measures.

Greece’s National Public Health Organization (EODY) has so far carried out some 2.400.000 PCR tests and approximately 215.000 rapid diagnostic tests for the coronavirus, said the national health agency’s President Panagiotis Arkoumaneas at the briefing.

Greece was the first European country to perform rapid tests, he noted.

Arkoumaneas also said that in terms of national and regional percentages of positive coronavirus infections, these stand at 9,19 pct for the entire country and slightly below 7,5 pct for Attica region.

Greece confirmed 1,044 new coronavirus cases on Monday, of which 9 were identified at the country’s entry points, said the National Public Health Organization (EODY).

A total of 600 individuals are intubated. Their median age is 65 years, 75.8 pct have an underlying condition or are aged 70 or more and 161 of them are women. Another 581 have been discharged from ICUs since the start of the pandemic.

EODY also registered 85 new deaths, bringing coronavirus fatalities to 2,406 in total. The median age of all fatalities was 80 years, 96.6 pct had an underlying condition and/or were aged 70 or above, and 978 were women.