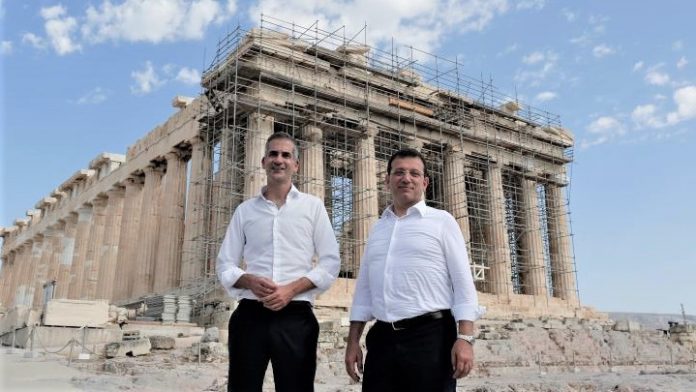 During their visit to the archaeological site, they were provided with guided tours of the site, which Imamoglu was visiting for the first time. Overlooking the city of Athens from above, Bakoyannis pointed out some of the city’s points of interest including buildings of architectural value.

While there, the Athens mayor spoke with workers and visitors, while Imamoglu was presented with a gift by the City of Athens’ Ephorate of Antiquities.

Imamoglu is on two-day visit to Athens as of Tuesday, on Bakoyannis’ invitation. In May, the two mayors signed a memorandum of understanding and collaboration in matters of culture and tourism.

In statements after their meeting at the Athens City Hall earlier on Tuesday, Bakoyannis and Imamoglu expressed their belief that the two cities can build bridges of peace and work together to solve their problems, as well as those that go beyond the borders of the two countries.

Bakoyannis stressed that “problems are solved from the bottom up. People create them and people solve them. Even if they are created by governments or – to be precise – regimes, they can be solved by the people.”

Referring to city diplomacy, he said that “our differences are real, but local administration is the closest democratic institution to the citizen and this allows us to be able to interpret human emotions more effectively. Those feelings were manifested in our societies with the catastrophic fires that hit our countries in the summer, as well as with the strong earthquakes that took place a few years ago.”

On his part, Imamoglu noted that Istanbul and Athens are two cities that are connected by a common destiny and must together find solutions to the problems faced by Greece and Turkey.

“Friendship between the two countries is not one of the solutions, it is the only solution,” the mayor of Istanbul stressed. 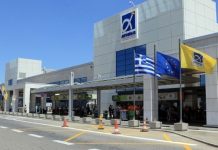 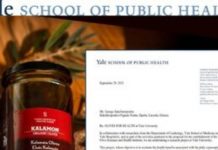