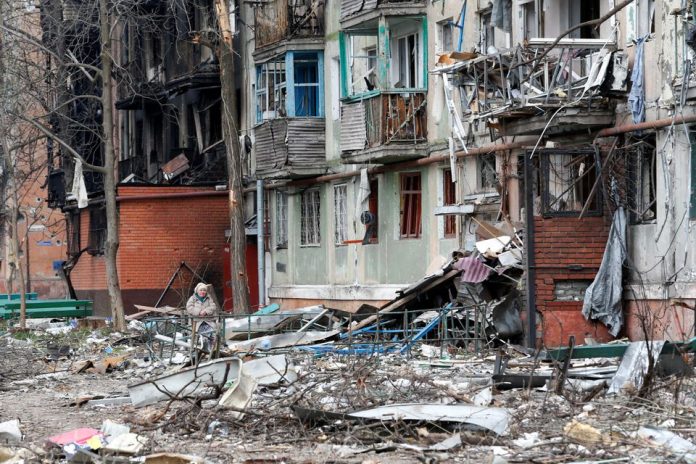 Russian forces tried to push through Ukrainian defences along almost the entire front line in eastern Ukraine on Tuesday, launching what President Volodymyr Zelenskiy called the “Battle of the Donbas” – the long-awaited second phase of the war.

A “very large part of the entire Russian army is now focused on this offensive,” Zelenskiy said in a video address overnight. “No matter how many Russian troops they send there, we will fight. We will defend ourselves.”

Zelenskiy’s chief of staff, Andriy Yermak, assured Ukrainians their forces could hold off the offensive.

“Believe in our army, it is very strong,” he said.

Driven back by Ukrainian forces in March from an assault on Kyiv in the north, Russia has poured troops in to the east to regroup for a ground offensive in two provinces known as the Donbas. It has also been launching long-distance strikes at other targets including the capital.

There was no immediate comment from Russia’s defence ministry on the latest fighting. The governor of the Russian province of Belgorod said Ukrainian forces had struck a border village wounding one resident.

Ukrainian media reported explosions, some powerful, along the front line in the Donetsk region, with shelling taking place in Marinka, Sloviansk and Kramatorsk.

Blasts were also heard in Kharkiv in the northeast, Mykolaiv in the south and Zaporizhzhia in the southeast while air raid sirens were also going off in main centres near the front line, officials and media said.

The coal and steel producing Donbas has been the focal point of Russia’s campaign to destabilise Ukraine since 2014 when the Kremlin used proxies to set up separatist “people’s republics” in Luhansk and Donetsk.

Zelenskiy’s office said at least eight people had been killed and 13 wounding in shelling or fighting in Luhansk and Donetsk frontline towns and villages. It listed Kremennaya, Popasna, Avdiivka, Maryinka, Toretsk, Vuhledar and Lymanske.

Oleh Sinegubov, governor of Kharkiv province just north of the Donbas, said five people had been killed and 17 wounded in the past 24 hours there, from shelling and grad missiles.

BIDEN TO HOST CALL WITH ALLIES

Western countries and Ukraine accuse Russian President Vladimir Putin of unprovoked aggression. The White House said U.S. President Joe Biden, who has called Russia’s actions “genocide”, would hold a call with allies on Tuesday to discuss the crisis, including on how to coordinate on holding Russia accountable.

French President Emmanuel Macron said his dialogue with Putin had stalled after mass killings were discovered in Ukraine.

Russia denies targeting civilians in what it calls a special operation to demilitarise Ukraine and defeat nationalists. It has bombed cities to rubble and hundreds of civilian bodies have been found in towns where its forces withdrew. It says, without evidence, that those and other signs of atrocities were staged.

Russia has been trying to take full control of the southeastern port city of Mariupol, which has been besieged since the war’s early days, site of the war’s heaviest fighting and worst humanitarian catastrophe.

Tens of thousands of residents have been trapped in the city with no access to food or water and bodies littering the streets. Ukraine believes more than 20,000 civilians have died there. Capturing it would link pro-Russian separatist territory with the Crimea region that Moscow annexed in 2014 and free the besieging troops to attack elsewhere in the Donbas.

In Russian-held districts reached by Reuters, shell-shocked residents cooked on open fires outside their damaged homes.

“To be honest, we are not well,” said one resident named Olga. “I have mental problems after air strikes, that’s for sure. I’m really scared. When I hear a plane I just run.”

The city council said at least 1,000 civilians were still hiding in shelters beneath the vast Azovstal steel plant, which contain myriad buildings, blast furnaces and rail tracks, where defenders remain holed up.

Major Serhiy Volyna, commander of Ukraine’s 36th marine brigade which is still fighting in Mariupol, appealed for help in a letter to Pope Francis.

“This is what hell looks like on earth … It’s time (for) help not just by prayers. Save our lives from satanic hands,” he said in the letter, according to excerpts that Ukraine’s Vatican ambassador posted on Twitter.