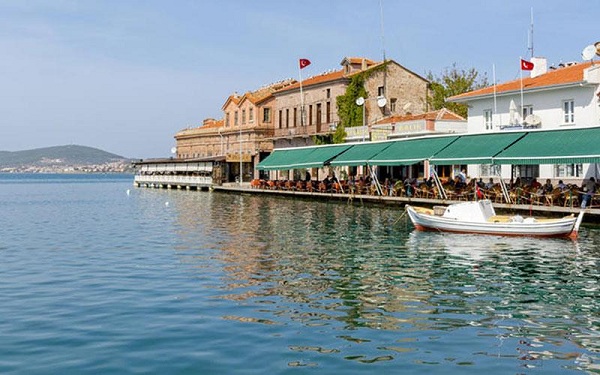 A total of 280 Greek tourists have been stranded in Ayvalik, a seaside town on the northwestern Aegean coast of Turkey, since 6pm this evening after the tourist ferry they were expected to board to return to Greece was confiscated due to the owners’ debts towards the Turkish state.

The group of tourists had boarded the ferry “Aysegul” from Lesvos’ port this morning to spend a day shopping in the Turkish town, which is just 1 hour and 30 minutes by boat from the Greek island.

When the problem occurred, they asked whether they could board other ferries doing the same route but refused to pay for a new ticket saying they should be allowed to use the one they had already bought. No agreement was reached with other ferries and talks are now underway to arrange a boat from Mytilene to pick them up.

The “Aysegul” belongs to the Jale shipping company which has been operating the Mytilene-Ayvalik tourist route for decades. In the past, the company had also faced problems with Greek justice again due to debts towards the Greek state.