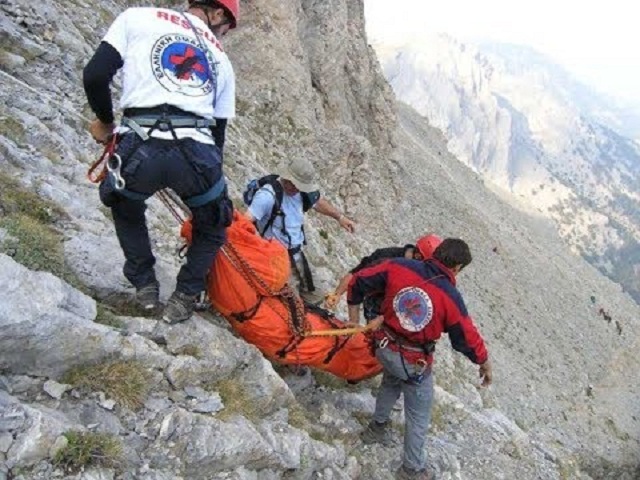 A firefighter team, members of emergency rescue team EMAK from Thessaloniki and another from Larissa had been trying to find the man in the Louki area of Mt. Olympus, in northern Greece, since early Monday.

The Fire Brigade was notified at nearly 10.00 a.m. by another climber that the first man lost his balance and fell in a difficult to access point near the Mytikas peak.