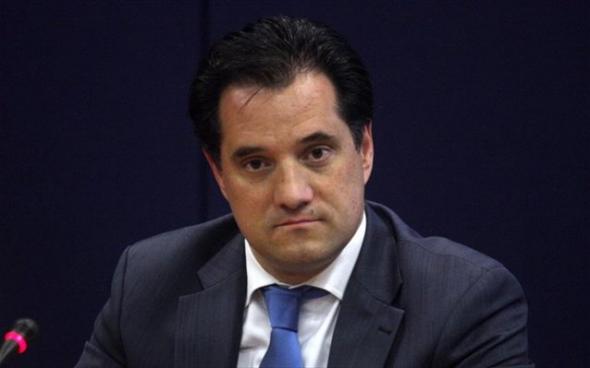 The president of the Greek-Israeli Chamber, co-leader of the Task Force for Anti-Semitism of the Jewish Agency and member of the Israeli Board of the Anti-Defamation League, Sabby Mionis, welcomed on Friday the apology by New Democracy vice-president Adonis Georgiadis for “tolerating and coexisting” with people who held anti-Semitic views.

“I believe the apology of Adonis Georgiadis towards the Jewish people is very important, not just from the Jewish community but for the entire Greek society,” Mionis said.

“Racism is an obsession particularly dangerous for society and must never be tolerated in any form. All people are equal, regardless of their religion, race and sexual preferences. The statement by Adonis Georgiadis today is the first such statement by a Greek politician and this has a particular significance and is accepted with enthusiasm. I hope it signals a change in Greek political culture, in which, so far, a clear apology is an unknown concept. It is also particularly important that this statement comes at a time when we’re witnessing an increase in racism and xenophobia,” he added.

Mionis also said Georgiadis raised the bar for other politicians who are trying to “whitewash” their racist past by participating in mainstream parties.

In a statement posted on his Facebook page on Friday, Georgiadis wrote:

“In the past I’ve co-existed and tolerated the views of people who showed disrespect to Jewish co-patriots and for this reason I feel the need to apologise from the Jewish Community. I feel even sorrier for supporting and promoting the insulting for the Jews book of Kostas Plevris. The Holocaust of the Jewish people constitutes the greatest disgrace of our contemporary culture and its sacrifice strengthened democracy, anti-racism, and the belief in the equality and freedom of nations.”