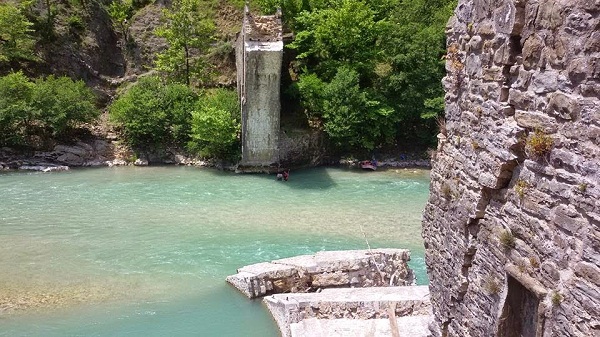 As efforts to select a contractor enter the final phase, works to restore the historic Plaka bridge in Epiros could be well underway by the summer, the infrastructure and transport ministry reported on Thursday. The ministry launched a tender for the project on April 18, inviting companies to submit offers for the 4,750,000-euro project.

The bridge, which was one of the most impressive examples of traditional Greek architecture and the stone bridges for which the specific region is known, collapsed on 1 February 2015 after a period of heavy rains. A flash flood caused by heavy rainfall caused the Arachthos River to swell and rip the bridge’s foundations from the riverbank. This led to the collapse of the central section of the bridge, which was then washed away.