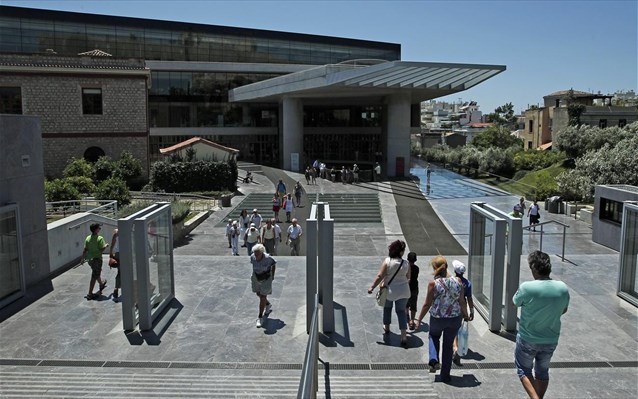 A temporary exhibition dedicated to the Eleusinian Mysteries – one of the most important religious rites of ancient Greece – is to be held at the Acropolis Museum in Athens under the title “The Sacred Way and Eleusis”. The exhibition is scheduled to begin on December 15, 2017 and run until May 16, 2018.

The exhibition’s main goal is to highlight the close ties between the famous Eleusis Sanctuary and ancient Attica, as well as the city of Athens itself, where the first four out of a total nine days of the Eleusinian Mysteries were celebrated.

The exhibition will be divided into two main parts, called “The Sacred Way” (Hiera Hodos) and “Eleusis” and each will include seven sub-units, introducing visitors to various aspects of the Mysteries, such as the “The Cave of Pan on the Sacred Way” or the “Sanctuary of Apollo in Dafni”, the two lakes dedicated to the goddess Demeter and her daughter Persephone, the bridges of over the Kifissos River, the various phases of the Telesterion or Eleusis in the Roman era.

The exhibition will be set up so as to resemble the Telesterion, a building used by initiates in the Mysteries, while the corridor leading to the museum’s temporary exhibition’s gallery will feature photographs of the Sacred Way that was used by the procession of worshippers.

One of the most important sites of worship in the ancient world, the Sanctuary of Eleusis was dedicated to Demeter, goddess of cereal crops and the renewal of nature. Its first origins date back to the Mycenean period, with the building believed to be associated with a cult of Demeter found near the remains of the Classical-era Telesterion. Eleusis was annexed by Athens in the early 6th century B.C. and the Eleusinian Mysteries became established as an Athenian festival.