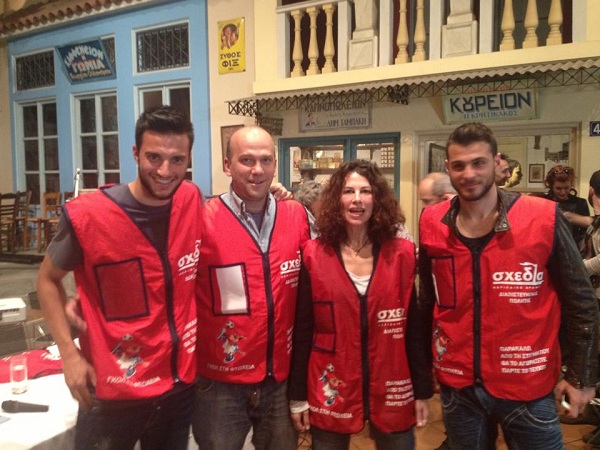 Actors, singers, writers and other professionals will don the red vest usually worn by the vendors of the Greek street magazine “Shedia” on Saturday (Feb. 11) and sell magazines in Athens and Thessaloniki for an hour, in a message against poverty and social exclusion.

The action will start at 12:00 in several areas of Athens and Thessaloniki, during which the volunteers will test they ability in street sales. The event is organized for the fourth time in Greece and is part of the “International Vendors Week” which takes place every year on the first week of February.

In Athens, the magazine will be sold at the farmers market of Exarchia, at Kolonaki square, Kapnikareas square, outside the Acropolis metro, Korai square, on Voukourestiou and Ermou streets, at Monastiraki square, Syntagma, Varvakios market and at Agias Irinis square.

In Thessaloniki, vendors will be standing on at Aghia Sofia square, and on several corners of Tsimiksi street: with Agias Sofias, with Karolou Deal, with Aristotelous, Pavlou Mela, with Paleon Patron Germanon and with Komninon.