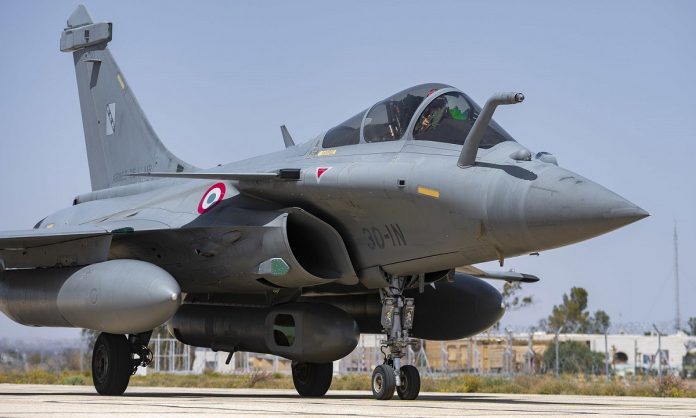 Greece on Tuesday said it would take delivery of 18 French-made Rafale fighter jets next year, as part of a major €11.5bn ($13.97bn) drive to modernise its armed forces amid tension with neighbour Turkey.

Greek Prime Minister Kyriakos Mitsotakis said the agreements would be finalised with the French government and defence contractor Dassault Aviation in the coming days, announcing the news in Parliament before a vote on the 2021 budget.

Annual spending on defence is being raised by more than a third in 2021 to €5.4bn, despite a deep recession caused by the pandemic this year.

Greece and fellow Nato member Turkey remain at odds over boundaries and undersea natural gas rights in the Eastern Mediterranean.

The dispute intensified this year and raised concerns among western allies of a military confrontation.
Details of Greece’s military overhaul were announced in the summer.

It includes a five-year programme that consists of weapons upgrades for all three branches of the armed forces and the hiring of 15,000 personnel.

The programme includes plans to buy new frigates, anti-submarine warfare helicopters and drones, and an upgrade of Greece’s entire fleet of F-16 jets by 2027 in partnership with US defence firm Lockheed Martin.

Greece has forged closer military ties with traditional allies France and the US, and expanded collaboration with Israel, Egypt and other countries in the region.

Military spending was cut back during a major financial crisis that started more than a decade ago but Greece is again facing acute financial problems because of the pandemic.