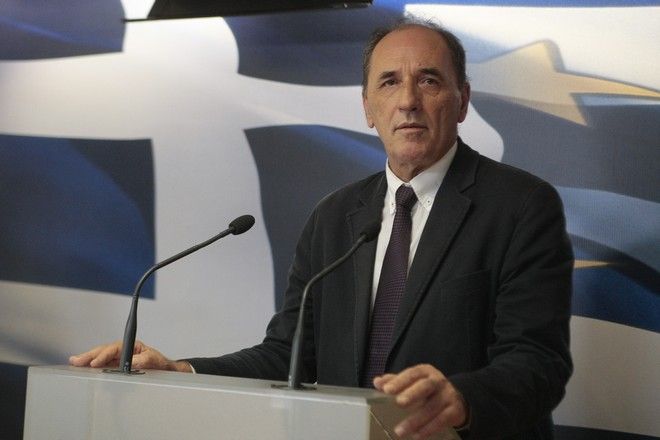 Emerging from a meeting of the National Council on Foreign Policy (NCFP) focusing on energy issues, Environment and Energy Minister George Stathakis on Wednesday said this had revealed high levels of agreement between the parties regarding the country’s energy strategy.

“There was an extensive discussion on national energy policy. We made a detailed presentation of the four goals, which are: adapting energy production in response to the climate and the country’s climate change commitments, the security of the energy system and the diversification of energy supply sources and connections, developing domestic energy production and converting Greece into an energy hub.

“There was a very constructive discussion by all the political parties attending. And I can say that there was a common ground which could literally be described as a national strategy, precisely because there was a great degree of consensus around these four policy axes,” Stathakis added.

Asked about Greece’s Exclusive Economic Zone (EEZ), the minister said that the matters to be resolved are complex diplomatic issues which will be handled by the foreign ministry.

According to main opposition New Democracy’s George Koumoutsakos, however, the participants “had not left the meeting any wiser” and nothing of note had been said.

“Essentially, we discussed energy matters in a laboratory environment, as if there were no geopolitical dimension to the whole issue,” he noted. The issue of Turkey was not discussed at all, Koumoutsakos added, in spite of the requests of the political parties present.

Democratic Alliance representative Yiannis Maniatis said the “only conclusion arising from the meeting is that the government says it will follow the energy strategy that we drew up in the 2010-2014 period” and expressed hope that this would prove to be the case.

Centrists’ Union party representative Yiannis Saridis also referred to Turkish provocativeness and noted that the best reply would be to boost the role of Greece and Cyprus as countries vital to energy security.

There followed a meeting with academics to discuss Turkey.