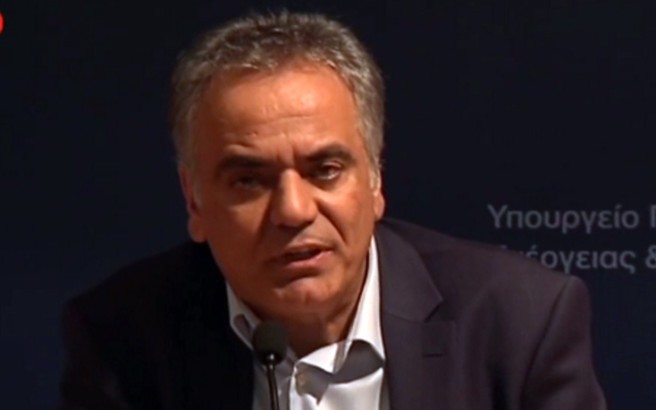 Although the main talks between the Greek government and institutions were put “on hold” late on Monday, in order to travel to Washington for the IMF’s spring meeting, the Minister of Energy Panos Skourletis met with the institutions on Tuesday.

Following the meeting, Mr. Skourletis told the Athens-Macedonia News Agency that an agreement was reached regarding the sale of independent power transmission operator ADMIE shares, as well as tenders for DEI’s hydroelectric and lignite production.

In relation to ADMIE, the Energy Minister announced that 51% of DEI shares will be sold to the State, with the remaining 49% being sold to private investors. An investor with at least 20% of shares will operate the grid. The State will control the majority of the board and appoint a managing director, with the approval of minority shareholder. The sale is expected to begin in June.

Regarding tenders of DEI production, Mr. Skourletis stated that a regulation will be drafterd based on data provided by electricity market operator LAGIE and recommendations of the Regulatory Authority for Energy (RAE) towards the Ministry. These will determine the amount of energy and cost at which it will be auctioned. The first tenders are expected in the second half of the year.

Earlier, on Tuesday morning, Mr. Skourletis gave an inteview to public broacaster ERT and refuted media reports suggesting that a VAT hike in electrical bills is being planned. The Energy Minister also ruled out the possibility of a hike in the diesel tax, since it would have a major impact on the market. Finally, Mr. Skourletis was confident that an agreement will be reached ahead of the 22 April Eurogroup.