Greece and Egypt reached a compromise on Monday in their disagreement over oil and gas exploration in an area of the eastern Mediterranean.

The spat had given Ankara an opportunity to mount a diplomatic offensive in an attempt to show that Turkey and Egypt were close to reaching an agreement of their own on maritime-exploration zones.
However, Greek Prime Minister Kyriakos Mitsotakis spoke a few days ago with Egyptian President Abdel Fatah El-Sisi. Soon after, it was announced that Greek Foreign Minister Nikos Dendias would travel to Cairo on Monday to meet his Egyptian counterpart Sameh Shoukry.

After the meeting, Dendias said the contentious issue concerning one of the three Egyptian exploration areas, which follows the boundaries of a previous agreement between the two countries but also extends eastwards into an area claimed by Turkey, was merely a “technical one” and had been resolved. The coordinates of the disputed block were reportedly adjusted after consultations between Egyptian and Greek experts.

However, the Egyptian sources said that Cairo remains committed to Greece and Cyprus being part of any negotiations with Turkey about the eastern Mediterranean, and has “no intentions” of negotiating with Turkey over the issue.
In addition, they said “the Egyptian side is sticking to its position rejecting the maritime agreement signed between the Libyan Government of National Accord and Ankara.”

This is not the first time Ankara tried to exploit disagreements between Athens and Cairo to advance its own regional agenda.

“Turkey’s latest attempt to spread news, primarily in English-language media, that it wants to ‘reconcile’ with Egypt, and that Egypt and Turkey are close to a maritime border deal, is part of Ankara’s attempts to sabotage Egypt’s relations with Greece and Cyprus,” Seth Frantzman, an analyst and correspondent for the Jerusalem Post, told Arab News.

“The Turkish propaganda onslaught is one that we have seen before, when Ankara invented a similar non-existing ‘reconciliation’ with Israel. This myth, of Ankara’s own making, is not designed to go anywhere, except to create controversy and concern among the emerging alliance of Egypt, Greece, Cyprus, Israel, France and the UAE.”

Turkish authorities simply want to gain control of a large part of the eastern Mediterranean without any recognition or acceptance of Cypriot or Greek claims to it, Frantzman added.

“There is an overarching trend in Turkish strategic-policy circles that seeks to recalibrate Turkey’s relations with key eastern Mediterranean neighbors,” professor Michael Tanchum, a lecturer at Universidad de Navarra and senior fellow at the Austrian Institute for European and Security Policy, told Arab News.

“As Turkey seeks to expand its commercial influence across the Mediterranean to the Middle East and Africa, its interests are not served by driving countries like Egypt and Israel closer to Turkey’s systemic rivals.”
A rapprochement with Egypt would go a long way to ending the isolation of Ankara in issues related to the eastern Mediterranean, he added.

“Turkey-Egypt commercial relations are significant but there is room for there to be more robust cooperation,” said Tanchum.

“If each side convinces the other of its genuine goodwill for cooperation, then progress can be made. For Egypt and Turkey, a clear mutual understanding about Libya and the Muslim Brotherhood are required.”

During his visit to Cairo, Dendias also met Ahmed Aboul Gheit, general secretary of the Arab League, as part of ongoing efforts by Athens to gain observer status in the organization. 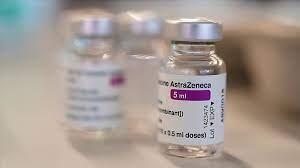