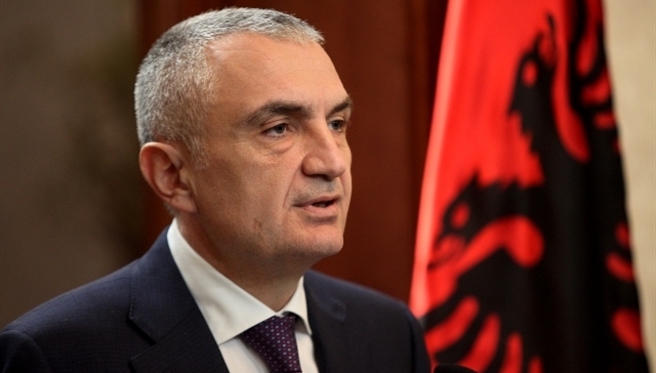 “Fortunately, there is not a serious political party in Albania with a nationalist agenda,” the President of the Albanian Parliament, former Prime Minister and former Albanian Foreign Minister Ilir Meta, said in an interview with the Athens-Macedonian News Agency (ANA), ahead of his visit in Athens on Monday, and characterized the relations between Greece and Albania “relations of strategic importance, of practical exchanges and of vital importance for both countries.”

“All the Albanian parties respect Greece and its territorial integrity and of course its citizens as neighbors and partners of social, economic and European growth. I think it would be wise to stay away from speculative reports that deliberately attempt to create misperceptions,” Meta said.

“I believe that there is nothing we cannot discuss as good neighbors,” he said adding that the relationship between his country and Greece has potential for further cooperation.

“We are not just good and old neighbors. Both countries are members of NATO and share the responsibility of ensuring the strengthening of peace, stability and security in the region,” stressed the president of the Albanian Parliament.

“We are facing common challenges in economy and security and our bilateral relations should be based on an open and honest dialogue,” he stressed and added: “The neighbors talk, cooperate, solve problems and face challenges together.”

Regarding the accession process of the country, Meta said: “Albania became a candidate country in 2014 and we have been working hard in order to move forward in implementing the ambitious agenda of reforms we have undertaken, especially as regards the reform of our judicial system and the strengthening of the legal system. The implementation of such reforms should open the way for a positive recommendation from the European Commission so that accession negotiations start, something that is expected in the coming months.”

“All this complicated and long process of EU accession is accompanied by Greece’s continuous and substantial support; support for which we are very grateful,” he concluded.