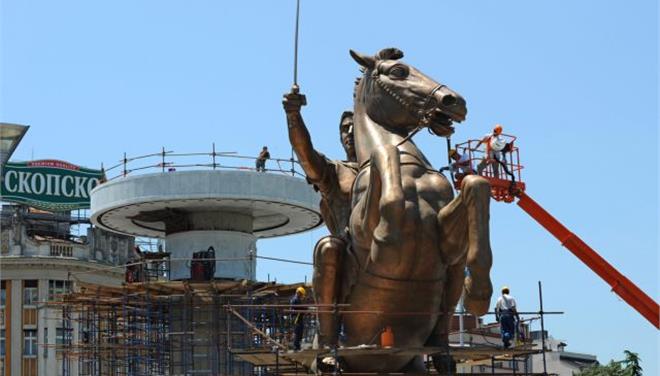 A statue of Alexander the Great on his horse Bucephalus was taken down late on Wednesday in Skopje airport.

The removal of the statue comes after the government of the Former Yugoslav Republic of Macedonia (FYROM) decided to rename its main airport and a key highway.

The statue of Alexander the Great, 1.5 meters high, was placed in the Skopje airport’s arrivals lounge in 2011 and was a donation of the Turkish-owned company “TAV”, which has been running the airport in the capital of FYROM since 2010.