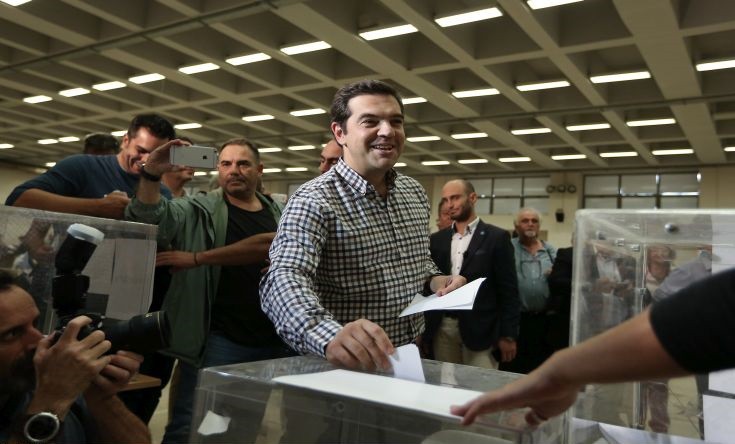 “The renewal of confidence in me is a renewal of the responsibility for a more massive, a more collective, a more efficient party in the difficult battles ahead of us, for a Greece of justice and prosperity,” Prime Minister Alexis Tsipras posted on Twitter after the results of the elections for the leader of the party.

Tsipras won with a vast majority of 93.54 percent votes and is set to continue as leader of the left-wing party.

According to Greece’s state news agency AMNA, out of 2,758 votes cast, 2,548 votes were in favor of Tsipras, 176 neutral and 34 others were considered invalid.

Tsipras on Saturday night had highlighted the importance of immediate regulation of the Greek debt. He also assured the audience that the next elections would take place in 2019 after the current government completes its four years.

Syriza was elected as the governing party a little more than a year ago on Sept. 20, 2015 for the second time in a year, following the party’s election in January the same year. Even though Syriza got the majority of votes, it was not enough to form a government; Tsipras later formed a coalition with the right-wing party Independent Greeks.