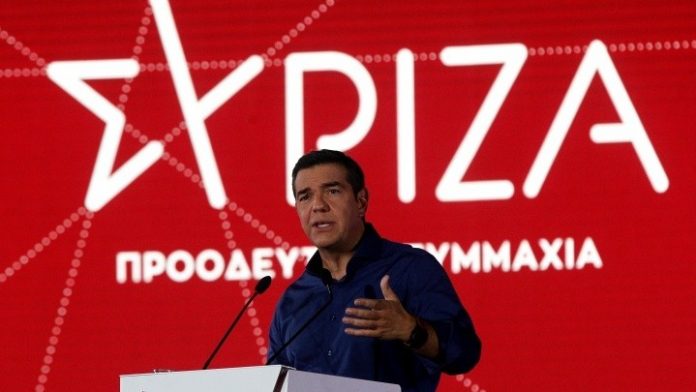 The program convention of SYRIZA-Progressive Alliance “is a new start for the party” and a “battle call against this right-wing government” of Mitsotakis, party leader Alexis Tsipras told delegates at Katrakio Theater in Nikea on Friday night.

He predicted snap elections and said it would an opportunity to be rid of “the most extreme antipopular and cruel conservative goverment policy”. Greece must return to the path of justice, he said, based on the program the party had recently presented.

Criticizing the government of Kyriakos Mitsotakis, he listed several sectors including the health, labor and education sectors where he said that policies “strike against public interest and against society itself.”

The government has failed in several sectors and not least of all, the PM himself failed to use the support of the main opposition and citizens to prepare for the coronavirus pandemic ahead. Instead, “he used it to establish in nefarious ways his political interests.”

Lying ahead is a dismal future for labor, he said, “without rights, with unpaid overtime and with fragmented work schedules.”

The government received from Syriza “a country that was firmly standing on its own feet again, and it brought it ten years back,” Tsipras charged. “The Mitsotakis policy must be defeated and it is our duty to oust this government the soonest possible,” he asserted.