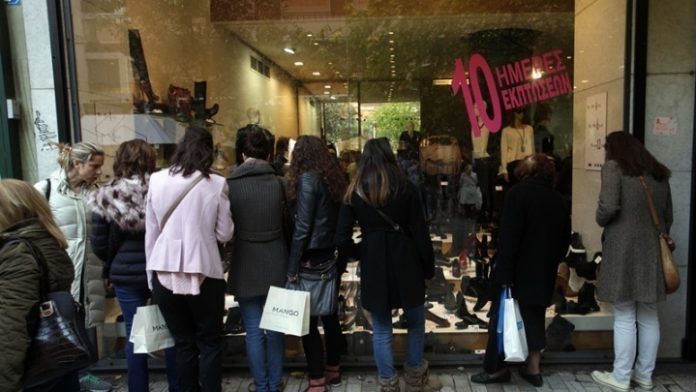 Almost half of Greek retail enterprises (49 pct) reported lower sales turnover during the Christmas and New Year holiday period, from 51 pct in 2018, the Commerce and Services Institute of Hellenic Confederation of Commerce and Entrepreneurship (ESEE) said in a survey.

The survey showed that clothing/footwear was the sector mostly hit by this decline, followed by bookstores, sports equipment, toys, cosmetics, while the foor-beverage sector reported the smallest losses with supermarkets reporting an 1.5 pct increase in turnover.

A 46 pct of consumers preferred cheaper products, while sales of expensive products rose 12 pct (from 4.0 pct in 2018). Around 40 pct of enterprises promoted special offers during the holiday season, unchanged from 2018, while the majority of enterprises seemingly covered their tax obligations.