Τhe unemployment rate in August stood at 13.9%, which is reduced by three percentage points compared to the corresponding rate of August 2020 and the lowest recorded in Greece since September 2010. The numbers of those employed increased by 5.9% on an annual basis, with a parallel increase in the workforce by 2.1% compared to August last year, while those unemployed decreased by 16.4%. In total, in the first nine months of 2021, according to the latest data from the Ministry of Labor and Social Affairs (Ergani system), the balance of wage flows (recruitment minus redundancies) stood at 284,857 new jobs, which is the third highest performance for this period, from 2001 to the present. At the same time, the business expectation index for employment recorded the highest performance of the last 22 years (120 points from 114.5 points in the previous month), in October, with the largest increase on a monthly basis, having been recorded in the expectations for employment in retail (+24 points). Consumers’ forecasts for the evolution of their unemployment rate for the next twelve months, at 31.9 points in October, also moved down from 44.1 points in September.

Also of interest is the evolution of the youth (aged 15-24) unemployment rate. According to the data, the unemployment rate of this age group has two characteristics: on the one hand, a downward trend from its historically high level (60% of the population aged 15-24, in the first quarter of 2013), which continued until the beginning of the pandemic crisis (first quarter of 2020) and on the other hand a strong seasonal pattern, with the youth unemployment rate declining significantly, in the third quarter of each year. The downward trend in youth unemployment since 2013, which was initially due to structural reforms in the labor market and the subsequent gradual exit of the economy from the prolonged recession, was reversed from the second quarter of 2020, a period that coincides with the onset of the pandemic and the imposition of measures to limit the spread of infections, with adverse effects on economic activity. Restrictions on transport and tourist flows have disrupted the seasonal pattern of the unemployment rate, as recruitment in the summer months of 2020 was lower than in previous years, mainly affecting young people. However, the better-than-expected performance of tourism in the summer months of 2021 (with tourist arrivals in 2021 projected to approach 60% of 2019 arrivals), is estimated to lead to a further de-escalation of youth unemployment. , from the third quarter of the year. 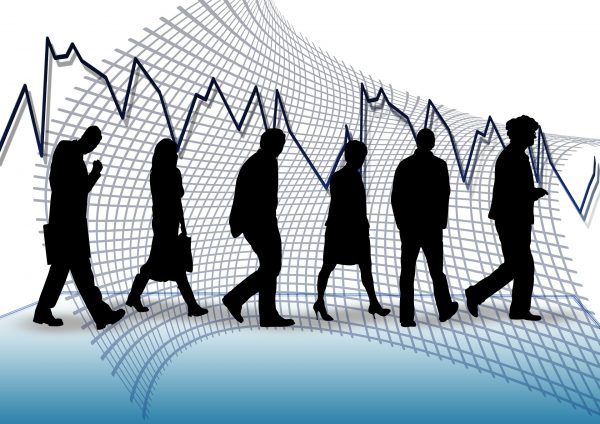 Comparison with the beginning of the previous 10 years

Compared to the beginning of the last decade, when the unemployment rate was at about the same level as it is now, but the economy had entered a recession, the following are also observed:

· The youth unemployment rate increased during the pandemic crisis, but reached a level lower in the second quarter of this year than in the corresponding quarter of 2011. In addition, as mentioned above, the growth of economic activity and especially tourism , in recent months, are expected to have a positive impact on youth employment, resulting in a further drop in the unemployment rate of young people aged 15-24.

· The workforce is still significantly lower than the corresponding figure for 2010 (4.7 million in August 2021, compared to about 5 million in 2010), as the crisis of the previous decade has resulted, inter alia, in economic and scientific migration, primarily of young people (brain drain).

The role of the Recovery Fund

Some factors that are expected to contribute to the creation of new jobs in the medium term, but also in the strengthening of the new entrepreneurship are the investments and the structural reforms that are expected to be implemented within the framework of the National Plan of Recovery and Sustainability, as well as the absorption of the resources of the new NSRF 2021-2027.

It should be noted, however, that the complete abolition of the business and employment support measures implemented by the Greek government, some of which are still in force and have resulted in the holding of unemployment, may reverse some recent positive developments in the labor market. Therefore, it is necessary to completely abolish the measures to be implemented according to the needs of each sector and the degree to which it has been affected by the pandemic, in order to prevent any adverse effects on the functioning of the labor market.

More specifically, from the beginning of the pandemic crisis in Greece, ie from March 2020, until January this year, and despite the implementation of measures to limit economic activity in order to control the spread of the pandemic, the unemployment rate remained on a downward trajectory. The employment and business support measures adopted by the Greek government to address the negative effects of the pandemic, but also the fact that the number of people out of the workforce has increased, contributed significantly to this. In other words, the decrease in the unemployment rate was a result of the movement of part of the unemployed to the economically inactive population, as due to the pandemic, several job seekers stated that they are not immediately available to work. During the same period, with the exception of the two months September-October 2020, the number of employees also decreased.

From May 2021 onwards, and especially during the summer months, it has been observed that the labor market conditions in our country have improved significantly, as the unemployment rate has fallen sharply. At the same time, the country’s workforce increased. 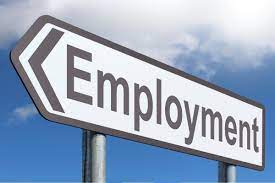 The changes in employment by sector

On the contrary, in accommodation and food service employees decreased on an annual basis, although significantly less compared to the second quarter of 2020, while in the wholesale and retail trade there was a decrease, however, there was a significant increase of employees in the same quarter last year. (18.5 mm). Finally, the number of employees in the industry decreased due to the decline in quarries and water supply and related activities, which was partially offset by the increase in the number of people employed in the processing and supply of electricity and natural gas. steam, and air conditioning.

In addition, according to the Ergani information system, the largest positive work-life balances were recorded in June and July, inter alia, in the accommodation and catering services sectors and in the wholesale and retail trade, while in August and September, respectively, in education.

Finally, the adoption of flexible forms of work, to tackle unemployment during the crisis of the last decade in Greece, has resulted in an increase in part-time employment. Along with the rise in economic activity since the beginning of 2017 and the creation of new jobs, however, part-time employment, as a percentage of total employment, was reduced. The decline in part-time employment was particularly pronounced during the pandemic crisis and specifically from the third quarter of 2020 onwards, which can be attributed, inter alia, to the measures adopted by the Greek government to support employment (e.g. payment of remuneration for full-time employees who worked part-time). At the same time, full employment recovered significantly in the second quarter of 2021, with employees falling into this category having increased by 3.1% on an annual basis.

Stathopoulos: Greece proving it wants to overcome what has held its economy back