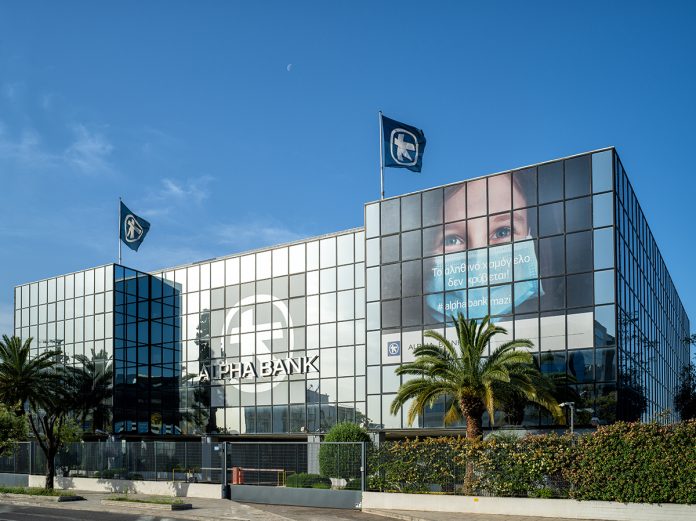 The strong recovery of economic activity, in the second quarter of the year, combined with both the better than expected performance of tourism, during the summer months, (with tourist arrivals in August 2021 reaching 60% of arrivals in August 2019 ), as well as with the apparent extension of the tourist season, during the autumn months, (with September and October recording an increase in arrivals at Athens International Airport by 105.5% and 125% compared to the respective months of 2020) , create expectations for a high growth rate for 2021.

This is stated in Alpha Bank’s weekly economic bulletin, which adds that the European Commission in its autumn forecast revised its estimate for the growth rate for 2021 to 7.1% from 4.3%, according to its summer forecasts, as a result of the expected strong recovery of both private consumption and investment, due to the expected inflow of resources from the Recovery Fund, in the second half of the year, as well as in the following years.

In addition, an important factor that is expected to make the country an attractive investment destination is the upgrade of the creditworthiness of the Greek economy within the next two years and in particular its return to the investment grade.

Improving the country’s debt and achieving an investment grade as soon as possible is expected to provide significant benefits to the Greek economy, further reducing its borrowing costs, enhancing debt sustainability and facilitating the participation of Greek government securities in the market program, following the expiration of the European Central Bank’s emergency pandemic asset purchase program (PEPP), which is expected to remain in force at least until March 2022.

Greece’s current credit rating ranks it two notches away from the investment grade, according to Standard & Poors and Fitch (BB), with positive and stable outcomes respectively, while, according to Moody’s, the Greek economy is three notches up from the investment grade, with stable prospects. The catalysts that are expected to contribute, in the coming period, to the faster return of the country to the investment stage, contributing to attracting investment, establishing a climate of trust and creating a business-friendly environment, are the following.

First, the emergence of high real GDP growth over the next two years, combined with moderate and likely transient inflationary pressures, is expected to further increase nominal GDP. The rise in nominal GDP, combined with the low nominal interest rates in the coming years, are estimated to help significantly in the de-escalation of the debt-to-GDP ratio.

(i) the rapid decline in economic activity (-9.8% in nominal terms), with the result that the difference in nominal interest rates from the nominal growth rate (snowball effect) will contribute to debt growth, and
(ii) strong expansionary fiscal intervention to mitigate the negative effects of the pandemic and the restrictive measures imposed, which created a primary budget deficit in terms of enhanced surveillance (-7.5%).

However, according to the forecasts of the Ministry of Finance (Preliminary Draft Budget 2022), the debt-to-GDP ratio will return to a downward trajectory from this year onwards.

In particular, debt is estimated to reach 197.9% of GDP in 2021 and 190.4% of GDP in 2022. The European Commission also forecasts a downward trend in the debt-to-GDP ratio, but with a smaller slope (2021: 202 , 9%; 2022: 196.9%). Despite the estimate for a primary deficit of -7.7% in 2021, the debt-to-GDP ratio will be compressed, as a result of the diminishing effect that the snowball effect is expected to have, due to the strong growth of nominal GDP. In 2022, the downward trend of debt is projected to continue, on the one hand due to the continuing economic growth and on the other hand due to the gradual return of public finances to fiscal discipline, with the deficit shrinking to -0.9% of GDP in 2022, while from 2023 and then a gradual return to primary surpluses is foreseen.

Second, the further contraction of the public debt, through the use of the cash buffer for the repayment of bonds held by official bodies, which is expected to have a positive side effect on the investment climate, due to the faster convergence of the Greek government debt. with the debt of other southern European countries (Italy 2020 debt: 155.6% of GDP).

Third, the forward-looking implementation of projects related to the Recovery and Resilience Fund (RRF) is expected to give new impetus to the country’s development effort and signal the government’s commitment to the smooth implementation of investment plans included in the National Restructuring Plan.

Fourth, the adoption of key horizontal structural reforms (such as speeding up the administration of justice and dispute resolution and achieving a stable tax regime) is expected to help create an institutional environment conducive to entrepreneurship and the environment.