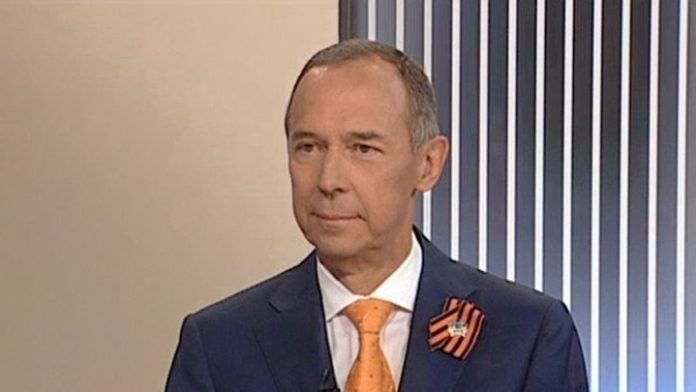 The Russian Embassy’s communication with the Greek Foreign Affairs Ministry “is very constructive, regular – nearly daily – and it is very important, because diplomacy and embassies are all-weather tools,” Russian Ambassador to Athens Andrey Maslov said on Thursday.

During a briefing of journalists, Maslov also expressed the confidence that bilateral relations will be restored between Greece and Russia due to their traditional, historical, and spiritual ties, “but the processes and this progress will take time.”

Speaking of developments in Ukraine, the Russian ambassador said that “the special military operation will continue until its goals are met” and noted that from the very beginning “we explained that the occupation of Ukraine is not our goal.”

For Russia, he noted the key issue is to assure the security guarantees. “We insist on the legal guarantees that NATO will not expand to the East,” Maslov said, referring to the Russia-NATO Founding Act on cooperation and trust-building signed in 1997 in Paris. “As of the end of December, we presented to the United States and NATO two draft agreements, specifically for the issue of legal guarantees,” the ambassador said. Ukraine’s bid to become a member of NATO constitutes “a direct threat and danger for Russian security” and Russia cannot accept or recognize Ukraine’s right to become a NATO member.

Maslov said that Russia “did whatever it could since 2014 to resolve the intra-Ukrainian crisis through diplomatic means, and put an end to the genocide in Donbas, on behalf of the Kiev regime,” but, he added, “none of the Western countries proceeded to condemn the murder of dozens of people, whom the Ukrainian neo-Nazis burned alive in the union building in Odessa in May, nor is there a condemnation since 2014 of the crimes of the regime against the civilians of Donetsk and Luhansk. Their residents were being bombed daily for eight years, and 5,500 of our own people, Russian nationals and diaspora members, were killed, but the West kept silent.”

In addition, the Russian ambassador said, “NATO’s infrastructure is constantly expanding eastwards, and NATO’s members have placed Ukraine under full control, arming it with the most updated weapons.” For Russia, he said, “it became obvious that the Alliance is implementing a plan to turn Ukraine into a bridgehead against Russia.”
Asked whether Russia plans to restric or cut the flow of natural gas as a response to sanctions, Ambassador Maslov said, “We have no information.”

In terms of the Cyprus issue, he reiterated that Russia’s stance has not changed, and it “does not recognize the so-called Turkish Republic of Northern Cyprus, just as, for example, Greece does not recognize Kosovo.”

Asked to comment on the Greek foreign ministry’s demarche over the deaths of ten Greek minority members in Sartana village, Maslov said the embassy had provided explanation based on the Russian Defense Ministry concerning the village, according to which Russian Air Force jets were not flying in the area on February 26. But Ukrainian nationalists of the neo-Nazi Azov Battalion had launched several rockets in the area, he said. He reiterated however that the collaboration he has with the Greek foreign ministry is very good.

Maslov referred to other issues, including whether there would be long-term repercussions in Greek-Russian relations after the former supplied defense equipment to Ukraine. On the issue,  he said it was a dangerous move, since “weapons can be looted by neo-Nazi battalions and gangs of thieves, adding fuel to the fire.” He added that “this will be the responsibility of the EU, which gets involved in the supply of deadly weapons,” and also expressed regret over the interruption of Russia and Greece in the culture sector, “which was traditionally exemplary in our bilateral relations.”

The ambassador also said he would not comment on Prime Minister Kyriakos Mitsotakis’ statements in Parliament on Wednesday “in order not to disturb our bilateral relations, but Mr. Mitsotakis’ relations do not greatly differ from those of all other EU member-states’ leaders. These statements did not surprise us. Greece is a member of NATO since 1952 and a part of EU since 1981, what else can we expect from Greece?”

The EU and NATO countries behave the same way, he said. “European countries are left with little room to move, because they are being manipulated” by a particular center, he said. In terms of the international outcry against Russia, “our country cannot be isolated. The world is not limited to the West – as some believe – because there are another six billion people outside the West. For example, China and India did not support the illegal anti-Russian sanctions,” Ambassador Maslov said.