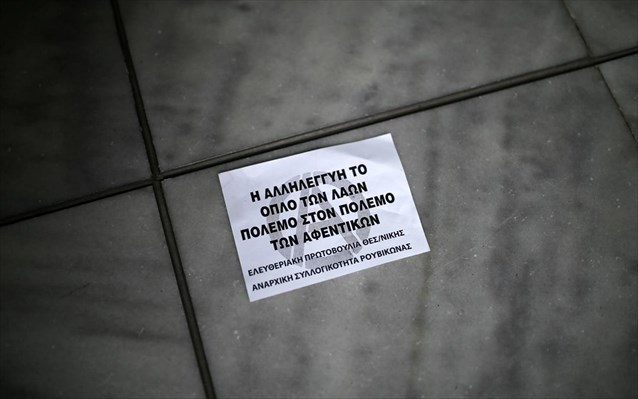 Greek police have briefly detained six people outside the U.S. Consulate in Thessaloniki, during a small protest by anarchists against the forthcoming visit of President Barack Obama.

About 15 people took part in the peaceful protest, scattering leaflets outside the seventh-floor consulate office. Police said the protesters tried to push their way into the premises, but were stopped by a security guard.

Anarchist groups have called for demonstrations to coincide with Obama’s planned visit to Athens on Nov. 15.

Obama will be the first U.S. president to visit Greece since 1999, when severe rioting greeted the arrival of Bill Clinton.

Many leftists in Greece regard the U.S. with grave misgivings, following perceived American support for the right-wing military dictatorship that governed the country from 1967-197