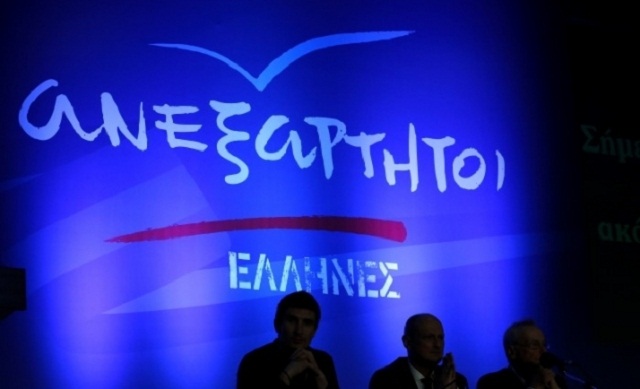 “Zoran Zaev’s new statements confirm that no agreement granting the name of Macedonia can prevent the irredentist stance of our neighbors,” Independent Greeks (ANEL) spokesman Theodoros Tosounidis said on Thursday.

“(ANEL leader) Panos Kammenos and the Independent Greeks continue to call on all political forces to align with the desire of the vasting majority of the Greek people and the only national line decided on the Council of political leaders in 1992, under the presidency of Constantinos Karamanlis, which does not allow the use of Macedonia’s name,” he added in his statement.

“The Independent Greeks remain stable on their positions, believing that no intermediate option that includes the name of Macedonia can provide a viable solution, deterring an irredentist stance at the expense of our country, while at the same time guaranteeing the peaceful coexistence of people,” he concluded.