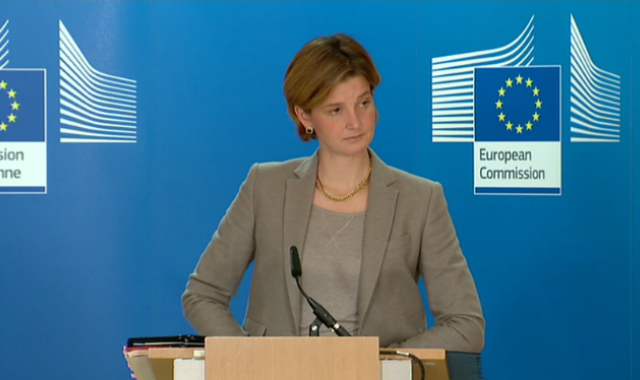 The missions of the institutions will return to Athens in mid-November, with “all sides committed to finalising the negotiations for the second review of the European Stability Mechanism (ESM) programme as soon as possible,” European Commission spokesperson Annika Breidthardt said on Thursday.

Breidthardt, the spokesperson for European Commissioner for Economic and Financial Affairs Pierre Moscovici, said the first round of negotiations had ended on October 27 as planned and as part of “constructive discussions that took place on all key policy commitments and will continue in coming weeks.”

Questioned about the prospects of an agreement on easing Greece’s debt before the end of the year, Breidthardt replied that the Commission was working on the basis of the May 24 Eurogroup decisions.