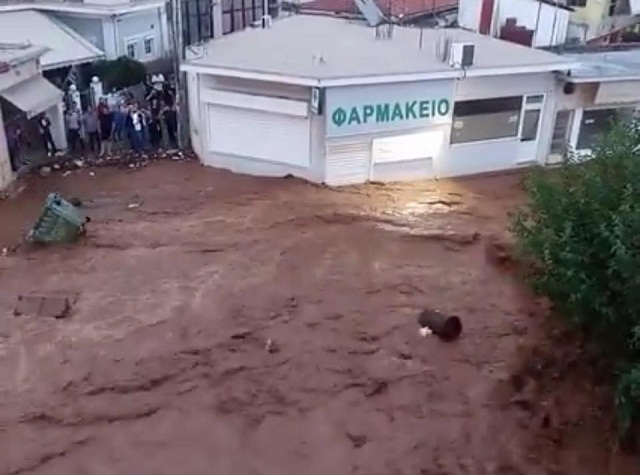 The Anti-flooding project in full swing in the Mandra area, west of central Athens, which in November 2017 saw large-scale destruction from torrential rain and where 25 people drowned in floods.

The work is focused on redirecting the flow of water from Soures and Agia Ekaterini streams through the built-over Sarandapotamos stream, to eventually drain into the sea to the south, in the Gulf of Eleusis. The project has an urgent timeline of 10 months.

West Attica regional director Yiannis Vassiliou called the urgent project “titanic” and a product of collaboration, from regional services to the State Auditing Council. He said that besides making the roads safe for vehicles in adverse conditions, towns in the greater area such as Vilia, Kriekouki, Psatha and Porto Germeno, stood to also gain in commerce and tourism.

According to reports, the deadly floods in Mandra occurred because the local streams had been built over and the rain and rising local stream waters could find no outlet and ran through the city.