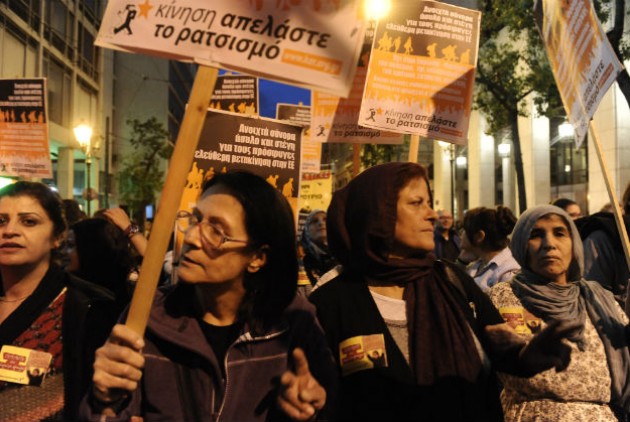 Anti-war and pro-refugee groups concluded their protest march at the center of Athens on Thursday evening chanting slogans against the war and the bombing of Syria.

Refugees from the camps in Lavrio, Eleonas, Elefsina and Skaramangas also participated in the peaceful march which made a brief stop in front of the parliament and the offices of the European Union.

Protesters were demanding open borders, equal rights and protection for refugees, as well as an end to the war in Syria and the inclusion of children refugees in Greek schools. The march ended in front of the American embassy.