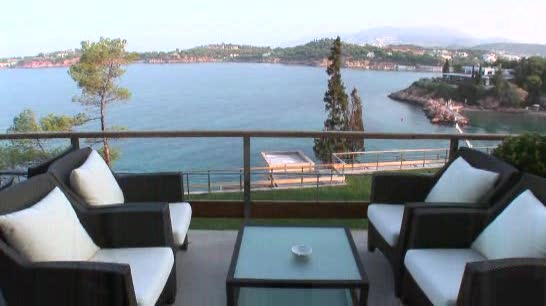 Stergios Pitsiorlas, president of the Fund, in an announcement said “the final positive result for the sale of Astir Palace beyond being a significant investment agreement, it is also a sample of constructive and productive cooperation between all public and private sector agencies, paving the way for the development of the country”.

National Bank announced the completion of the transfer of its entire holding in “Astir Palace Vouliagmeni Hotel SA” (54,537,967 common shares or 67.229%) to Apollo Investment Holdco SARL through the Athens Stock Exchange for 298.8 million euros. Following completion of the transaction, National Bank’s pro-form CET1 index will rise by around 46 basis points in the second quarter of 2016. National Bank will use this new liquidity to further reduce its borrowing from the Emergency Liquidity Assistance Mechanism (ELA).

The chairman of National Bank’s Board Ms. Louka Katseli commenting on the agreement said: “For National Bank, the sale of shares held in Astir Palace Hotel has a clear strategic orientation: The disengagement from business activities that are not related to the wider financial sector, such as tourism-hospitality industry, and the unwavering commitment to focus on its core business. The sale of Astir Palace will further strengthen the bank’s capital ratios and liquidity”.

The Chief Executive Officer of National Bank Leonidas Fragiadakis said: “The completion of the sale of Astir Palace highlights the commitment of National Bank in the implementation of the strategy and its commitments and the practical contribution to attract international investment in our country. The successful completion of the transaction marks the return of investor confidence in Greece and we hope to encourage other investment vehicles of longer term and interest. The expectation of National Bank is that the implementation of investment plans for the future development of Astir Palace will promote this truly special destination, thus contributing to the development of Greek tourism and the wider economy”.