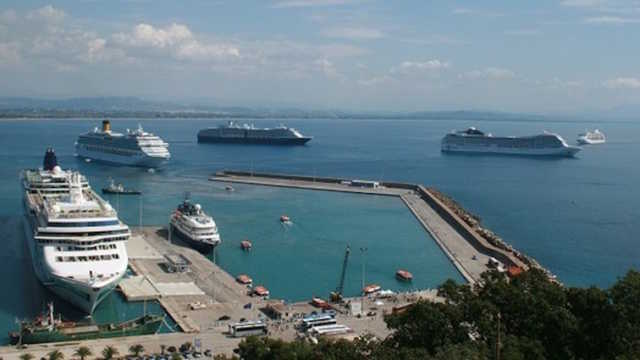 Four cruise ships carrying 8,733 tourists and 3,416 crew members docked at the port of Katakolo on Wednesday. The tourists visited the archaeological site of Ancient Olympia while some of them decided to have a swim taking advantage of the high temperatures and the sunny weather.

Vice president of Katakolo municipal port fund Sakis Antonopoulos said to Athens Macedonian News Agency that the arrival of the four cruise ships was a breather for the local economy. He also said that over 260 cruise ships are expected to dock at Katakolo port until the end of 2017.