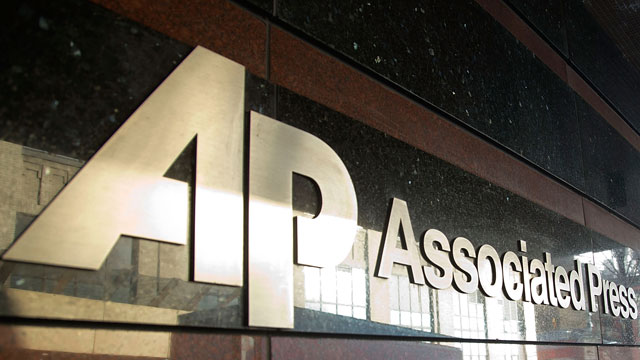 Greece and its European creditors failed to clinch a deal Monday that would have seen the cash-strapped country get its next batch of bailout loans and secure an agreement on the sort of debt relief measures it can expect to get when its current bailout program ends next year.

However, Jeroen Dijsselbloem, the eurozone’s top official, said a broad settlement involving both the next payout and the outlines of a debt relief deal is close, and could be reached in three weeks when finance ministers from the 19 countries from the single currency bloc meet next in Luxembourg.

While hailing the recent progress the Greek authorities have made to implement the reforms and cuts demanded from creditors, Dijsselbloem said certain issues still needed to be addressed. But time is running out for Greece as without the rescue loans it would struggle to meet a big repayment hump in July of some 7 billion euros ($7.8 billion).

“We have made huge progress on the policy package on which so much work has been done,” Dijsselbloem said. “A lot of work has already been done in Greece by the Greek government and they are committed to continue that work as soon as possible so that we can work towards that next disbursement before the summer.”

One of the major stumbling blocks has centered on a divergence of opinion between the eurozone and the IMF, which is not involved financially in Greece’s current three-year bailout program agreed in the summer of 2015 and which could be worth up to 86 billion euros in total. Getting the IMF involved is important as Germany and The Netherlands have indicated that they will refuse to lend more money to Greece without the Fund’s participation.

The IMF has argued that the eurozone forecasts underpinning the Greek bailout are too rosy and that the country as a result should get substantial debt relief so it can start growing on a sustainable basis following a depression that’s seen the economy shrink by a quarter and unemployment and poverty levels ratchet up sharply. While the eurozone has ruled out any debt write off, it has indicated that extending Greece’s repayment periods or reducing the interest rates on its loans are possible at the conclusion of the bailout next year.

The protracted nature of Greece’s bailout program has been costly for the country. Though Greece emerged from its economic depression in 2014, the economy is back in recession, having shrunk for two straight quarters. Analysts say the main reason why Greece has taken a step back is its stalled bailout negotiations.

“The expectation is that we can reach an agreement within the next three weeks,” said Greek Finance Minister Euclid Tsakalotos.

While austerity measures over the seven years of its bailout era have seen Greece’s annual budget position improve markedly, the country’s debt burden stands at around 180 percent, a level that the Greek government thinks is unsustainable in the long-term – hence its insistence on some debt relief, at least in the form of lower interest payments and longer repayment terms.

The left-led Greek government of Prime Minister Alexis Tsipras had hoped that a package of measures, including further spending cuts and economic reforms, passed by lawmakers last week, would have been enough to break the logjam at Monday’s meeting and allow the so-called eurogroup to release the next bailout installment.

Dijsselbloem said the IMF welcomed the progress made by Greece, and was “impressed” by the reforms undertaken by Greece and that it stands ready to go to the board to get involved financially.

“Overall, positive developments from Greece, lots of work done tonight, I think we are very close to that agreement, but tonight we are unable to close a possible gap between what could be done and what some of us expected should be done or could be done,” Dijsselbloem said. “We need to close that by looking additional options or by adjusting our expectations. Both are possible and perhaps both should be done and that I think should bring us sure to a more definite conclusion at next eurogroup in June.”

One potential ally for Greece is Emmanuel Macron, France’s new president. On Monday, Macron spoke to Tsipras and according to his office stressed “his determination to find an accord soon to lighten the burden of Greek debt over the long term.”

French Finance Minister Bruno Le Maire, named last week, joined his peers for the talks, and traveled to the Belgian capital with Wolfgang Schaeuble, his counterpart in Berlin who has been a leading advocate of austerity in Greece.

“Everyone must make a step,” said Le Maire. “Germany was among those ready to do so.”