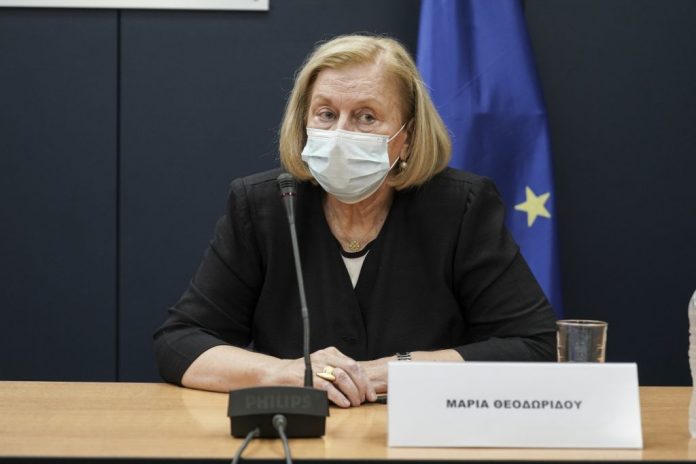 The recent death of a vaccinated person may be Greece’s first incident of a rare syndrome that has been observed after the administration of an AstraZeneca vaccine, but official correlation between the two is still pending, head of the National Vaccination Committee Maria Theodoridou said during a live briefing on Monday.

Theodoridou said that in the EU, only 44 cases of the sudden onset of thrombosis with thrombocytopenia (a low platelet count) have been observed in a total of 9.2 million registered doses of AstraZeneca vaccines administered. In Greece, it was the first possible such incident out of 346,000 doses administered so far. The UK registered 8 such cases in 18 million vaccinations.

She said that this rare complication may occur in vaccinated women under the age of 55, although reported cases span all age groups.

The Health Ministry’s committee of coronavirus experts in Greece and the European Medicines Agency in the EU are monitoring the matter. The latter has has said the AstraZeneca vaccine is effective in preventing hospitalization and death, and its benefits far outweigh the likelihood of the thrombosis/thrombocytopenia syndrome.

Theodoridou said that persons with a history of thrombosis, thrombocytopenia or hereditary thrombophilia may be administered the specific vaccine, as there is no proven link in the above-mentioned fatal incidents.

On the other hand, the complication can be managed if a person seeks immediate medical help if they experience any of the following complications within 28 days after their vaccination: chest or abdominal pain; persistent headache (for over 4 days); and bruising or minor bleeding into the skin (petechiae), she added.

Inoculations of 18-59 age group coming end of May

Vaccinations of those aged 18 to 59 will start rolling out at the end of May, Primary Health Care Secretary General Marios Themistocleous said at the briefing, while adding that cancellations of appointments remained low for all types of vaccines.

Themistocleous said that most citizens over 60 years of age will have been vaccinated by the end of April, while people in higher-risk categories will received vaccines in May.

Reviewing data available so far, the health official also noted that most people aged 80 to 89 who died had not received either the first or second dose of a coronavirus vaccine. Specifically, there were 1,039 deaths attributed to Covid-19 in this age group since January 1. Of these, he said, 925 (or 90 pct) had not been vaccinated. Of the rest, 86 had received the first dose and 28 both doses.