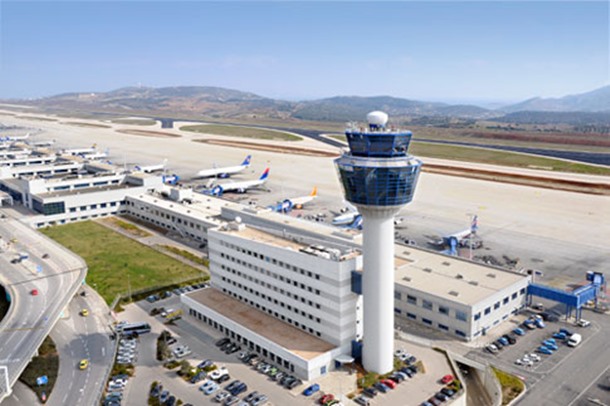 Athens International Airport (AIA) ‘Eleftherios Venizelos’ and the Onassis Foundation, in an event held at the airport on Thursday, announced their intention to join forces to allow children with Autism Spectrum Disorders (ASD) and their parents to enjoy a privilege that most of us currently take for granted: the ability to travel by air.

According to organisers of the event “Boarding Pass to Autism” held at the airport’s press room, ASD children are often barred from the very ordinary experience of flying, whether for recreational or other purposes.

AIA said it had chosen to mark March 29, the anniversary of its first day of full operation in 2001, by becoming the first airport in the world to train its staff in how to handle and meet the needs of ASD children.

Christina Panagiotakou of the Onassis Foundation said the programme would have been impossible without the AIA’s help.

“This could not have happened unless we joined forces. The idea was conceived by the foundation but Aegean Airlines and the Athens Kapodistrian University were at our side. For many of us [air] travel induces anxiety; imagine how it must be for a family with an autistic child,” she said.

Panagiotakou said the educational programme would involve seminars on children with ASD for airport personnel, pamphlets for passengers on travelling with autistic children, as well as a ‘simulation’ of air travel that will allow carers and parents to prepare children for taking a flight, going through all the steps up to boarding a plane.

The simulation will take place on Orthodox Holy Monday on April 2, which is World Autism Awareness Day, with pre-selected groups of parents and children.

AIA Chairman Dimitris Dimitriou said the aim was to highlight the airport’s social profile, and the sustainability and tolerance aspects, while making the airport a model in a social direction.

“We are a big city within the city of Athens, Attica, and our fundamental principle is absolute respect for people and their idiosyncrasies…Athens Airport, from a model transport hub, is taking the lead in becoming a company with a strong social footprint,” he said.

Aegean representative Dimitris Gerogiannis noted that Aegean had transported 13 million passengers in the last year, noting that “each passenger was different and we treated them as such. Therefore we immediately embraced this initiative, offering a plane and training our staff.”

Athens University professor Aggeliki Gena, on her part, spoke about the sharp rise in the incidence of ASD in Greece, noting that it now appeared to affect one in every 68 people, rising from one in 2,000 some decades ago.