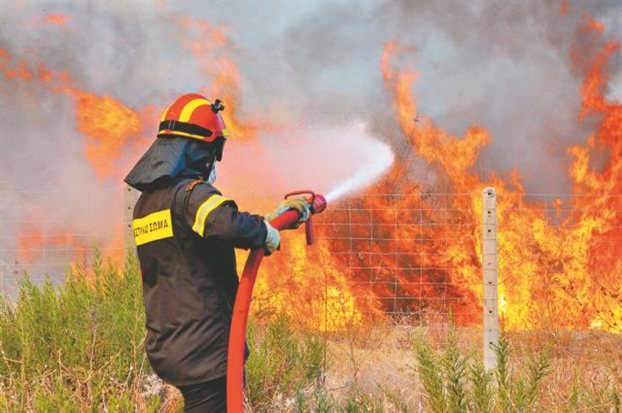 Athens is sending firefighters to Andros to help put out a large fire that broke out in the area of Ano Agios Petros on the island of Andros, the fire department said on Tuesday.

Thirty firefighters with 10 vehicles and six volunteers with two vehicles will soon reach the island by ferry while another 20 men ground crew will be transferred by helicopter.

According to a fire department spokesman, the blaze, which is burning low vegetation, spread fast due to the strong winds. There are several houses in the area but none of them is currently at risk.

Four firefighting airplanes flew over the blaze but were unable to drop water due to the winds, but ground units will continue battling the blaze during the night, the spokesman said.