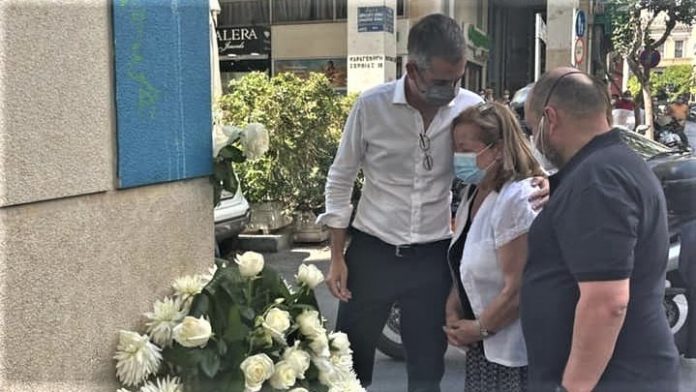 Axarlian, whose death shocked public opinion, was killed during a rocket attack against then Economy Minister Yiannis Paleokrassas. “Thanos Axarlian would have been 49 years old today, if the terrorists of 17 November had not murdered him on July 14, 1992,” the ruling party said in a statement. “It is our duty to remember,” it added, while “the constant battle against terrorism is our national and democratic duty, which serves freedom and is served by unity.”

A statement was also issued by Athens Mayor Kostas Bakoyannis, who visited the spot where Axarlian died on Karagiorgi Servias and Voulis. Bakoyannis’ father Pavlos, was assassinated by the terrorist group in 1989.

“For the last 29 years, on the same time, at the same hour, at 4:03 pm, Thanos Axarlian’s mom, sisters, his family, loved ones and friends, lay a flower where he was murdered by the terrorists. Today he would have been only 49. His cousin, Stefanos, has the same eyes,” the mayor said.