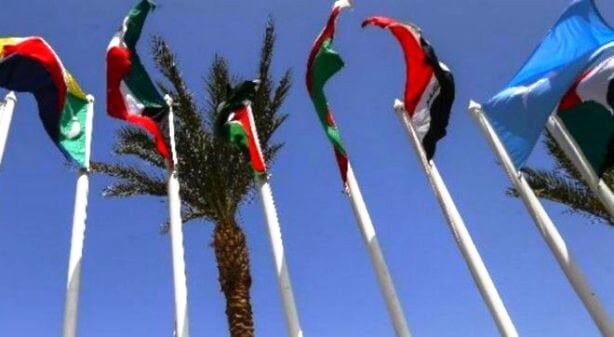 The “3rd EU-Arab World Summit: Shared Horizons” will be held at the Athens Concert Hall (Megaro) on October 29-30, to “foster interaction interaction between two rapidly changing worlds,” its organizers said on Monday.

The summit will be attended by heads of states, senior EU officials, ministers, scholars, influential business leaders, and other distinguished representatives from more than 30 countries, who will discuss cooperation on issues covering politics, economy, energy, migration, inter-regional cooperation, and culture.

Describing the meeting’s purpose, organizers Al-Iktissad Wal-Aamal Group and Symeon G. Tsomokos SA in association with Delphi Economic Forum said, “Fostering interaction between two rapidly changing worlds, the meeting aims at developing proposals on how to respond to the challenges facing both EU and the Arab world and exploring the opportunities that emerge.”

The EU-Arab World Summit will be held under the auspices of Greek President Prokopios Pavlopoulos, the endorsement of Prime Minister Alexis Tsipras and the support of the Greek government. It will take place under the patronage of the European Parliament, in cooperation with the Arab League, the Union of Arab Chambers and the Athens Chamber of Commerce and Industry, and with the support of the European Commission, the Arab-Hellenic Chamber of Commerce and Development, and the Swiss Arab Network. This year the EU-GCC Clean Energy Technology Network is a programming partner.

The summit was inspired by the late founders of Consolidated Contractors Company (CCC), Said Khoury and Hassib Sabbagh.