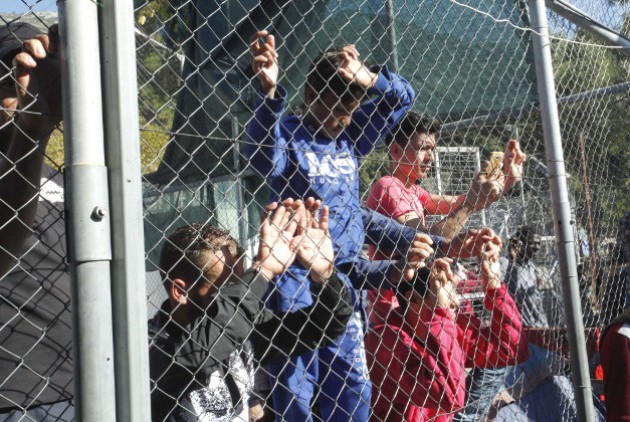 Chios municipality workers on Friday started tearing down the last huts at the refugee and migrant camp in Souda, leaving only the Rubb Hall tents for the last remaining 50 residents.

The specific camp had at some point hosted up to 2,000 people in very poor conditions and was built at the height of the refugee wave, in late 2015 and early 2016, as a “stopover” for migrants and refugees after processing at the island’s “hotspot” at the port and their departure for Athens or northern Greece.

It was built on the outskirts of the main town of Chios, quite close to the city centre, inside the moat surrounding the island’s Byzantine castle and the docks. It aimed to provide the migrants and refugees with some sort of shelter and take them off the streets and public places, which they were then occupying in their thousands.

“It was a stop-gap and naturally not an area that could continue to operate as such,” Chios Mayor Manolis Vournous said.

The local community has long clamoured for the closure of the Souda camp but, despite the fact that its population had shrunk significantly in recent months and many of the facilities were removed, it proved difficult to close it outright due to the last 50 residents remaining there. This is a group unlikely to qualify for asylum so that they can be transferred to mainland Greece, nor can they be transferred to the Reception and Identification Centre on the island, which is already very overcrowded.

Meanwhile, an increase in the arrival of refugees and migrants on Chios – with 300 arriving in just the last two days – has generated a need to set up additional tents and housing at the hotspot, including in land surrounding the camp, while some remain without shelter. The camp also lacks adequate hygiene facilities or lighting while the situation is expected to get worse with the onset of rains next week.