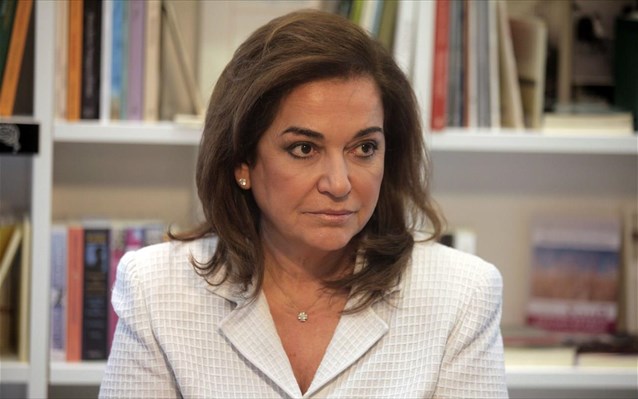 Main opposition New Democracy MP and shadow economy minister Dora Bakoyannis on Saturday accused the prime minister, Alexis Tsipras, of choosing “polarisation in order to ringfence the small audience he has left,” in an interview with the newspaper “Ta Nea”.

This tactic was not harmful to ND but to the country, she added, and ND would not “follow Tsipras in this logic, which was suicidal for the country and for democracy”.

Bakoyannis said that ND was not proposing a few random measures that sounded pleasant but had presented a comprehensive plan for the future, while noting that Greece’s current growth rates, which were the lowest of any country that had entered a bailout programme “we will remain in a cycle of stagnation.”

“Our young people will continue to leave abroad and the country will die slowly. We want to increase the pie so that the many benefit,” she said, predicting that the voters will hand ND an overwhelming majority when the time for elections comes round.

Questioned about the Prespes Agreement, Bakoyannis noted that if this was ratified by both the Greek and FYROM parliaments then it would be extremely hard to change: “It will be an international treaty of the country that we will be obliged to honour,” she said.