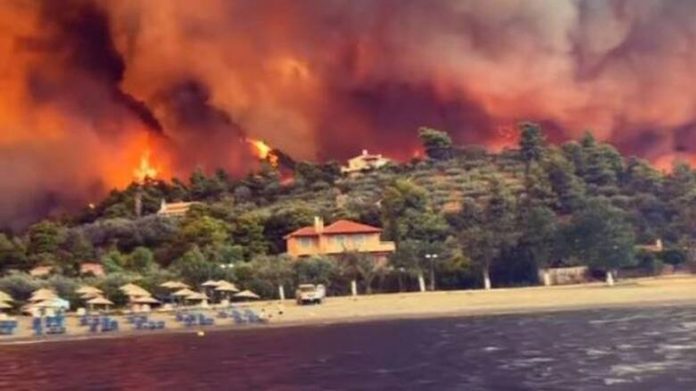 In recent years, the widespread devastation of wildfires has dominated headlines around the world, as millions of acres were destroyed and thousands of people left homeless.

Fires in the western US and Australia have been among the most deadly.

In the first few hours of the new year in 2020, a devastating bushfire arrived in the New South Wales village of Cobargo. Within hours, the fire had ripped through the main street, leaving little but smoky, charred ruins in its wake.

The destroyed village became one of the defining symbols of what is now being referred to as Australia’s Black Summer, which killed at least 34 people, an estimated three billion animals, and scorched 46 million acres (186,000 square kilometres).

Although wildfires have long been part of the landscape, they are becoming more frequent, more widespread, and more intense.

Each summer, parts of the world are gripped by these natural infernos, with flames travelling at speeds similar to the bulls rampaging through the Spanish streets of Pamplona.

At these speeds, it becomes almost impossible for firefighters to stop and control the spreading fire, and to protect homes and properties in its path.

Rewriting (natural) history
However, it is worth noting that wildfires have long been part of the natural cycle in many habitats. Without these natural fires, we would not have many of the species that thrive in these environments.

There are trees that actually need fire in order to germinate and produce the forests of the future.

For example, a species of gum (eucalyptus) tree has seeds that are coated in a resin requiring them to be exposed to fire in order to melt the resin and expose the seed within. There are other trees with thick barks which act as heat shields to protect the vital sapwood that transports nutrients and water throughout the tree.

Without fire, many of the trees that depend on, or have adapted to, this “fire ecology” would struggle to reproduce, changing the habitat. This would make life difficult for the species that depend upon them to survive.

However, there is real concern that the fires that once were the saviour of these landscapes are now becoming too frequent and too intense.

A 2017 report by the US Global Change Research Program recorded a “profound increase in forest fire activity” in recent decades.

It cited warmer, drier conditions, increased drought, and a longer fire season as reasons for boosting the wildfire risk. 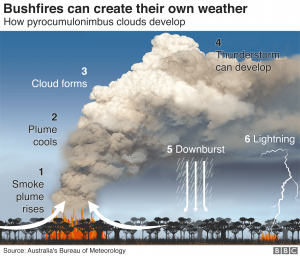 Another factor is the emergence of new pests and diseases that cause widespread dieback of plants and trees.

For example, the emerald ash borer has killed millions of trees throughout the US.

This results in a vast volume of dead wood remaining in the landscape, which – in turn – acts as a fuel to feed any wildfires that do break out.

In its fourth assessment report, the Intergovernmental Panel on Climate Change (IPCC) said: “Disturbances such as wildfire and insect outbreaks are increasing and are likely to intensify in a warmer future with drier soils and longer growing seasons.”

It added: “Warmer summer temperatures are expected to extend the annual window of high fire ignition risk by 10-30%.”

While some wildfires are caused by lightning strikes, the vast majority are believed to be started by people – either accidentally or intentionally.

Scientists say it is necessary to develop measures to help local communities to become more resilient to the increased risk of wildfires – primarily through land management of areas surrounding settlements, and through an education programme of how to reduce the risks of fires being started in the first place.