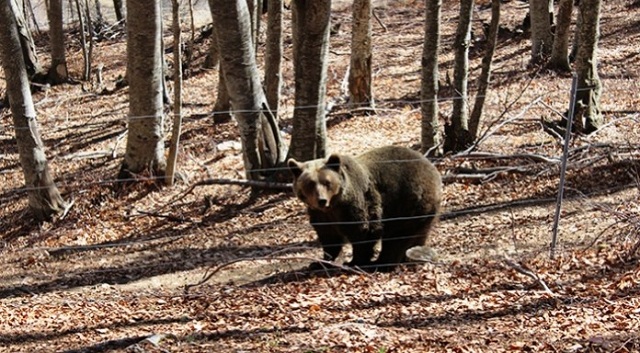 An elderly female bear at the Arcturos Brown Bear Sanctuary in Nimfeo, Florina has not made it through the winter and did not wake up from hibernation with the rest of her companions, the wildlife protection organisation Arcturos announced on Wednesday.

The 23-year-old Vesna, who was rescued from a zoo in Belgrade with her siblings during the bombing of the city in the 1990s, was found dead in the den where she had retired for the winter, Arcturos staff said.

The organisation noted that Vesna was considered to be of advanced age, since brown bears in the wild rarely live more than 20 years.

The younger bears at the sanctuary were the first to wake for hibernation, as usual, followed by Kyriakos and Manolis. The older bears Sasha and Alexandra, who had gone into hibernation first in mid-December, have also emerged and are spending several hours outside their dens. Most of the bears chose to sleep in artificial dens, except Irene and Barbara, who chose a natural den.

The sanctuary has also opened for visitors between the hours of 10:00 and 17:00, except on Wednesdays, weekends and bank holidays, as have the Arcturos Wolf Sanctuary at Agrapidies, Florina and the Brown Bear Information Centre at the Nikeo School in Nimfeo.