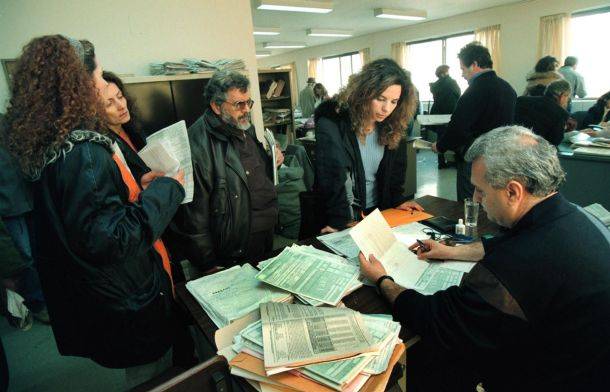 The bill tabled in parliament on a payment schedule of up to 120 installments for outstanding debts is expected to benefit nearly 4 million taxpayers, according to its provisions revealed on Monday.

The bill offers an installment plan for outstanding debts in both taxes and social services funds.

In terms of tax debts in particular, the qualifying criteria for the 120-installment plan take into account a taxpayer’s annual declared income and the number of children.

In addition, foreclosures and auctions of assets will be suspended for owners coming under the payment plan. Failure to pay two consecutive installments means loss of the right to continue the repayment plan.

According to the bill, a person who chooses to pay their debt in fewer installments will get reductions to interest rates and fines, depending on the installment reductions. If the full amount is paid outright, the state will exempt all interest and fees in full.

Besides taxpayers, the repayment schedule also includes nonprofits and businesses, with varying criteria and clauses.

Applicants to the repayment plan will need to submit their income tax forms for the last five years, up to tax year 2017.

The bill also outlines those tax debts ineligible for the repayment plan, which include forfeited court-settled plans and taxpayers who have been sentenced for tax evasion or black marketeering during their repayment.