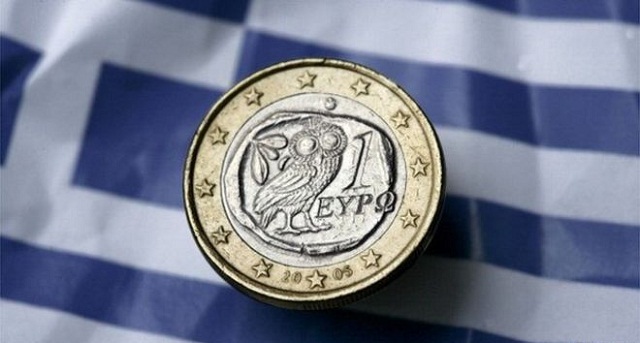 By Sotiris Nikas and Christos Ziotis

The Greek government is planning an unprecedented debt swap worth 29.7 billion euros ($34.5 billion) aimed at boosting the liquidity of its paper and easing the sale of new bonds in the future.

Under a project that could be launched in mid November, the government plans to swap 20 bonds issued after a restructuring of Greek debt held by private investors in 2012 with as many as five new fixed-coupon bonds, according to two senior bankers with knowledge of the swap plan. The bank officials requested anonymity as the plan has yet to be made public. The maturities of the new bonds may be the same as for the existing notes, which range from 2023 to 2042.

“The move aims to address the current illiquidity of the Greek bond market, ” according to analysts at Pantelakis Securities SA in Athens. It will also “establish a decent yield curve, thus facilitating the country’s return to public debt markets.”

The move comes as Greece prepares for life after the end of its current bailout program in August 2018. The debt swap is a step toward the country’s full return to markets required to avoid a new bailout program. The government plans to tap the bond market in 2018 to raise at least 6 billion euros to create an adequate buffer to honor debt obligations, according to a government official.

The government has yet to decide on the exact timing of the swap, the Greek official said on condition of anonymity. One of the bank officials said that transaction could start on Nov. 13 and the settlement could happen a week later. The goal is to conclude the swap before the next mission of the country’s creditors, which is scheduled for the last week of November.

Finance Minister Euclid Tsakalotos said in October that tapping markets soon wouldn’t be aimed at getting fresh money so much as to better manage the country’s debt and make its bonds more attractive. The new bonds, following the swap, are expected to have the same value as the old ones and will have a fixed coupon, one of the people with knowledge of the matter said.

Greece returned to markets in July for the first time since 2014, raising 3 billion euros through new 5-year bonds. Now, with the swap plan, the government wants to ensure it can tap the market for enough funds to refinance its debt obligations in 2019, which originally amounted to 19 billion euros. The government managed to reduce this number by 1.6 billion euros with the July bond issuance.

The country’s third bailout review started last week. Both Greek and European officials estimate that the review could be completed at the end of January or in early February.

— With assistance by Viktoria Dendrinou