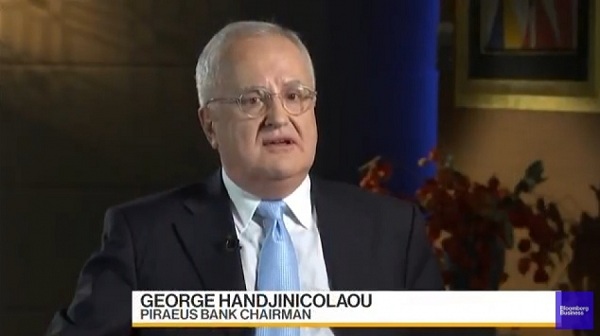 Donald Trump’s election victory could spark spreading economic growth that lifts Greece out of recession, helping the country’s struggling lenders along the road to recovery, according to Piraeus Bank Chairman George Handjinicolaou.

“If the bullish sentiment that currently exists in the U.S. with the election of a new president is a reflection of reality, I think the rest of the global economy will feel the positive effects of that and even Greece will benefit,” the chairman of Greece’s biggest bank said in a Bloomberg TV interview from the lender’s Athens headquarters on Thursday.