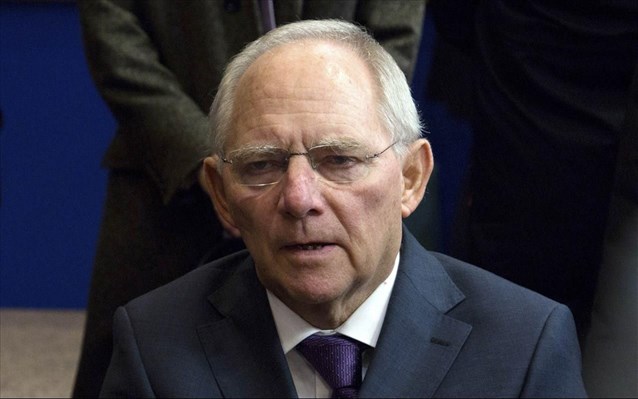 “The Greek program is based from the very beginning in 2010 on the participation of the IMF,” Schaeuble said in a Bloomberg interview at the World Economic Forum in Davos. He said that if the IMF refuses to join, it will be a sign the Greeks aren’t sticking to their commitments and “the program will be ended because the precondition of the program, the basis, is destroyed.”

Schaeuble and German Chancellor Angela Merkel have consistently lobbied allied lawmakers to ensure parliamentary approval for euro-area bailouts, which is required for Germany to help fund the programs. In what amounts to a warning to the IMF and Greek Prime Minister Alexis Tsipras, Schaeuble said on Thursday he wouldn’t lobby for the new bailout that would be required if the IMF stayed out.

“I would not give the advice that we should try to get the permission of German parliament,” he said. Lawmakers would say that if Greek authorities “are not able, with all the flexibility granted by European institutions, to stick to what they have approved, the precondition for a program is no longer” there.

The IMF repeated its call last month for Greece to adopt credible budget goals, saying the nation’s targets would require levels of fiscal austerity that would choke off growth. Greece needs a “radical restructuring” of its public sector to post even a modest primary surplus and reach its long-term growth targets, IMF chief economist Maurice Obstfeld and European department chief Poul Thomsen said in a blog post. The IMF would support a new loan for Greece with a surplus target of 1.5 percent of gross domestic product, they wrote.