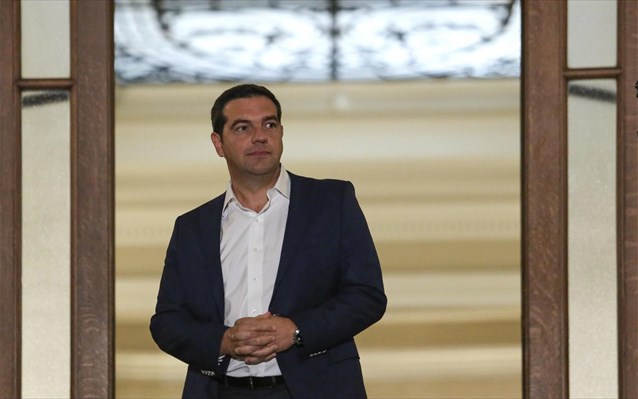 Greece’s president swore in a new cabinet after Prime Minister Alexis Tsipras sought to turn around his political fortunes and work toward better terms from creditors by naming new ministers.

Finance Minister Euclid Tsakalotos remains the country’s main negotiator with officials from the euro area and the International Monetary Fund as the country undergoes a review of its bailout program. Former Education Minister Nikos Filis, whose reform plan caused a clash with the Orthodox Church, was dropped from the cabinet. 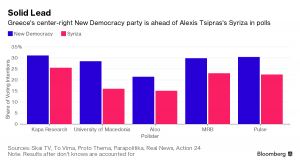 The reshuffle indicates Tsipras’s will for a speedy conclusion to the bailout review, said George Pagoulatos, a professor at the Athens University of Economics and Business.

“The ministers that have worked efficiently and credibly with the creditors remain, the most uncooperative ones have been removed,” Pagoulatos said. “There is an entry of lower profile, mostly younger officials of technocratic competence who have been closely involved in the review process.”

With opinion polls showing a widening lead for the opposition New Democracy party, Tsipras has pinned his hopes for a turnaround on European creditors fulfilling their pledge to ease Greece’s debt burden. That would pave the way for the continent’s most indebted state to loosen the shackles of its bailout program.

If elections were held now, 22 percent of Greeks say they would vote for New Democracy, compared with about 16 percent who would back Tsipras’s Syriza party, according to an Alco poll for Parapolitika newspaper published Saturday.

Finance ministers could look at debt-relief measures at their Dec. 5 meeting and the IMF could get involved in the Greek bailout if all goes according to plan, a European Union official said this week. Doubts about the sustainability of Greece’s debt load have kept it locked out of global bond markets for more than two years.

Easier repayment terms on bailout loans is one of the conditions set by European Central Bank President Mario Draghi for including Greek government bonds in the ECB’s quantitative easing program. Tsipras has singled out QE inclusion as the catalyst which will lower Greek borrowing costs, smoothing the country’s return to global markets and away from international supervision.