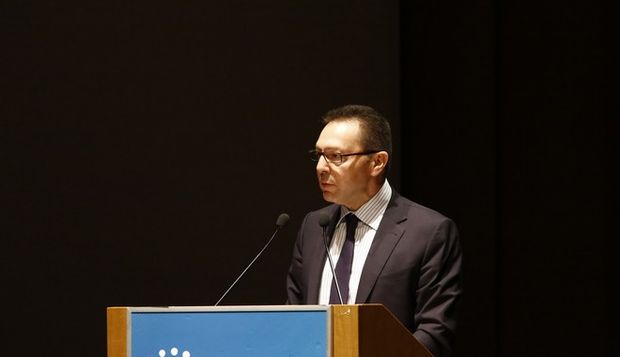 Bank of Greece governor Yannis Stournaras on Wednesday expressed his optimism over the ability of the Greek economy to return to growth this year. Presenting the bank’s interim report on Monetary Policy for 2015 to the Parliament’s Economic Affairs Commission, the central banker said that a first review of the Greek economic programme -“which already has been delayed”- must be completed rapidly and noted that a swift completion of the review will contribute to improve a climate of confidence, resulting to a gradual return of deposits, cheaper funding of financial institutions and accelerating procedures for loosening capital controls in the country.

“All these will bring the Greek economy back to normality, offering more favorable conditions of funding the economy and strengthening its course towards growth,” Stournaras said, and stressed the need for political stability and social consensus.

The central banker said that the distance needed to be covered to exit the crisis was relatively small. “We musts avoid at any cost a new setback, a new vicious cycle,” Stournaras said, while he underlined the dangers to the economy from any possible negative developments in the migration issue.