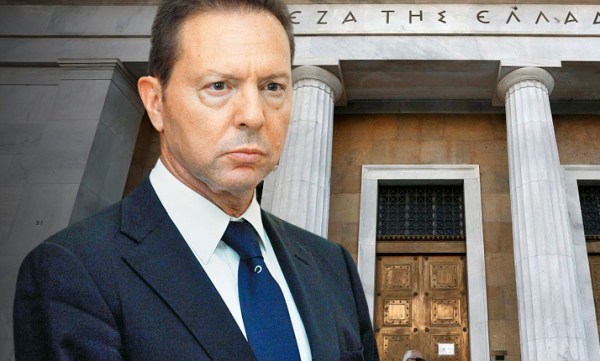 Greece has the potential to become an attractive investment destination as economic policy is and will remain prudent after completion of the current programme in August 2018, Bank of Greece governor Yannis Stournaras said, addressing the 2nd EU-Arab World Summit on “The Greek economy: Prospects and main challenges”.

In his speech, the central banker noted that in addition, adherence to the EU macroeconomic and fiscal rules and strict monitoring by the EU as part of post-programme surveillance which is already envisaged for programme member-states with relatively high public debt, precludes the emergence of new imbalances.

Stournaras stressed that continuing efforts for reforms and fiscal adjustment are bearing fruit. Imbalances in public finances and current account balance have been corrected, significant reforms have been implemented, competitiveness improved and the banking sector enjoys capital adequacy.

“The economy is now on a recovery track and growth rates are rising,” he noted. The central banker said the Bank of Greece estimated that the country’s GDP will grow by around 1.7 pct this year, rising to 2.4 pct and 2.7 pct in 2018 and 2019, respectively. These estimates are based mainly on the assumption that the reform programme will be implemented smoothly and according to an agreed timetable.

Stournaras warned, however, that despite the positive signs and progress made so far, there were still risks, such as a delay in completing a third review of the programme, which could lead to a new round of uncertainty. In such a case, economic recovery and a return to international capital markets would prove short-term, he said.

Referring to the issue of non-performing loans, the central banker said NPEs were down mostly because of loan write-offs, but noted that banks should exploit all the tools available to reduce their problematic assets and to accelerate selling of NPLs. He underlined that to achieve this, a new platform of electronic auctions must begin operating as soon as possible and emphasis should be given on the restructuring of viable enterprises.