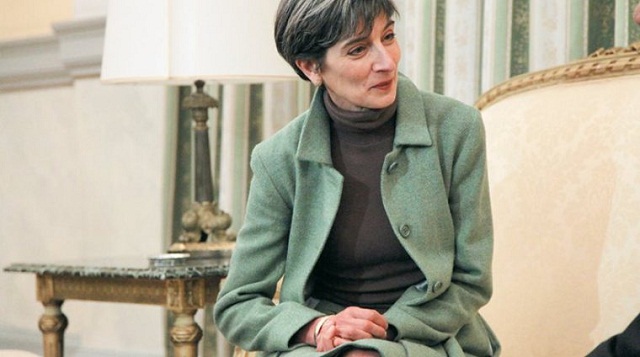 Britain’s Ambassador to Greece Kate Smith discussed tourism and issues relating to daily life with local officials during a visit to the island of Corfu on Wednesday.

In a meeting with the regional governor of the Ionian Islands Thodoros Galiatsatos, Smith was informed about the 7 percent increase in tourist arrivals from Britain this year, as well as about the problems in waste management and how to deal with it more effectively to improve the quality of life of residents and visitors.

The two sides decided to cooperate to prevent and avoid problems during the summer period by providing information to potential British tourists. They floated the idea of making a video that will be played on flights from Britain to the Ionian Islands, focusing on what tourists need to know and what to avoid during the holiday season.

Smith and Galiatsos also discussed possible opportunities for British investments on the islands. “Investments are welcome as long as they respect the land and its residents,” he said.

In her meeting with Corfu mayor Kostas Nikolouzos, the ambassador was informed about issues concerning young British tourists and the British nationals living in Corfu. Smith informed the mayor about the campaign carried out by the embassy on alcohol and safety and mentioned Britain’s relations with Corfu.
The ambassador was accompanied by Vice-Consul Gail Hughes-Picoula.