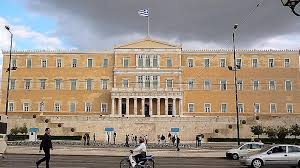 “The third memorandum must succeed. There is no other way to return to growth.” This was the message of a second quarter economic report by the Budget Office of the Greek Parliament released on Wednesday. The report, coordinated by professor Panagiotis Lairgovas, stressed that “there are no better solutions for growth than the implementation of the new memorandum”.

They noted, however, that a series of crucial decisions were still pending over the next few months until the November 2015 review. “These are decisions in extremely sensitive sectors which will most likely create new turbulenece,” the report said, noting that the next months will bring the government and the opposition parties to new tests, referring to changes in the labour market.

The report underlined the positive points of a new memorandum, but noted that crucial questions were whether this process of changing direction and institutions will continue and whether Greece could avoid the risk of stalemate default. Among the negative points of the memorandum, the target for primary surpluses of 3.5 pct of GDP after 2018 was characterised as unrealistic, while postponement of a final debt relief deal was fuelling uncertainty.

The report noted that the third memorandum safeguarded the necessary money to service the operation of the public sector avoiding a default, channeling money to the private sector and included a series of reforms in the state and the economy which will facilitate growth. The report mentioned problems in competition due to state regulatory interventions which protected specific groups, or tolerance towards monopoly practices.

Resolving the non-performing loans issue was crucial, the report said and stressed that any changes in the labour market should be dealt with carefully by avoiding any comments over “red lines” which could cause new uncertainties in September, slowing down economic recovery and improvement of employment. Intelligent policies were needed, the report noted.

The Parliament’s Budget Office stressed that the introduction of an automatic fiscal correction mechanism was another cause of concern.