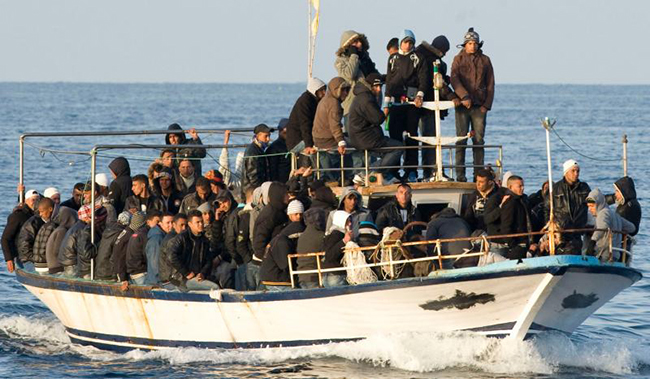 – Creation of a coordination center to manage the refugee flow, with the participation of the Ministries of Interior, Administrative Reform and Health, along with the Police, Coast Guard and support from the Armed Forces

– Improvement and increased logistic and staff support to the existing reception and healthcare centers, while expediting the documentation and identification procedures

– Provide the necessary resources and funds to support the local economies on the islands, which receive the main bulk of refugees and migrants

Earlier, on his way out of the PM’s office, the Alt. Minister of Migration Policy Ioannis Mouzalas told journalists that the measures will aim to provide refugees and islanders with some relief, within a short time. He added that while the caretaker government cannot provide a solution to the crisis it will work towards improving living conditions.

Mr. Mouzalas said that he was “cautiously optimistic” and underlined that, aside from the European Union’s immediate intervention, the serious crisis must also be ‘internationalized’ at the United Nations. The implementation of measures to be taken will also provide relief to local residents.

During the meeting the central union of municipalities (KEDE) provided data show that Mytilene has received about 50% of refugees and migrants arriving in Greece, followed by Samos (26%) and Kos (14%), with Chios, Leros and other islands receiving fewer.