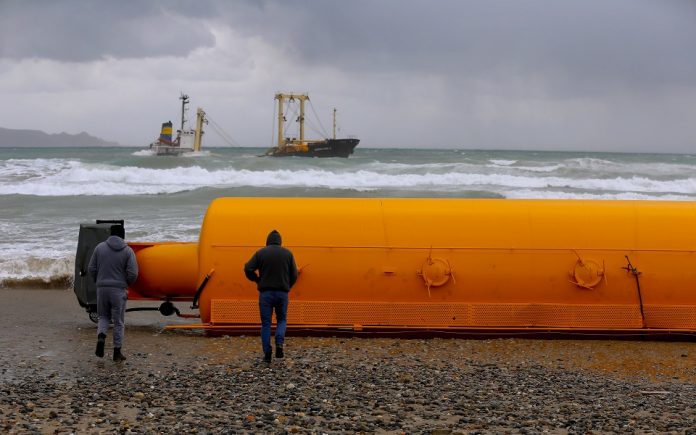 A Comoros Island-flagged cargo ship that ran aground on the northwestern coast of Crete on Tuesday morning has reportedly broken in half as it was battered by waves.

The ship broke up after all 10 members of its crew were evacuated by coast guard officers, volunteer lifeguards and the crews of another two ships that responded to the captain’s distress signal.

Two of the 10 crewmen have reportedly been rushed to hospital with serious symptoms of hypothermia and water aspiration.

The Manassa Rose was en route to Libya after setting sail from Turkey during what was one of the worst blizzards to hit the area in decades when it ran aground at the mouth of the bay of Kissamos.

It is said to be carrying a shipment of metal.